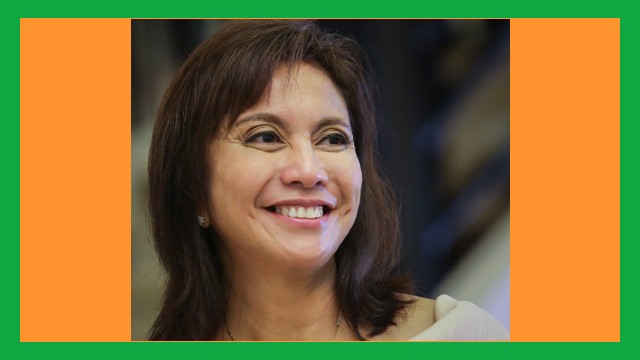 Vice President Maria Leonor ‘Leni’ Robredo lauded the contributions of Baguio City to the government’s overall Coronavirus Disease 2019 (COVID-19) response that contributed in containing the rapid spread of the deadly virus over the past several months.

Robredo, who served as the city’s guest of honor and speaker during the regular Monday flag raising ceremony held at the city hall grounds, stated that Baguio City had been one of the top performing local governments in terms of contact tracing, testing and vaccination that made it a benchmark in the government’s overall COVID-19 response efforts.

She claimed that the city would not have been successful if not for the combined efforts and contributions not only of the city officials but also of the employees who served as the frontliners in the efforts to help contain the rapid spread of the virus since the start of the pandemic in March last year.

Further, the Vice President disclosed that Baguio and Naga City have numerous similarities such as the peaceful and orderly conduct of the elections, the non-proliferation of massive vote buying, the absence of violence and the practice of transparent, accountable and good governance.

Vice President Robredo claimed that Baguio was still able to maintain its cool weather that serves as its natural pull for people from the different parts of the country to make it a point to visit the city, especially during the cold months from November to March when there is a significant drop in temperature.

According to  hers had hesitations when she was invited to serve as the city’s guest to the regular flag raising ceremony because she is a presidential candidate as the same might be misinterpreted by some quarters and that she would have openly accepted such invitation if she was not an aspirant for the top post in government.

Robredo claimed that the contributions of Baguio City to the government’s overall COVID-19 response has definitely contributed in improving the ability of concerned government agencies and local governments to effectively and efficiently handle the situation as the city’s experience served as the yardstick on how to deal with the prevailing situation.

She rallied the city to sustain its existing best practices on COVID-19 response to help in dealing with the situation posed by the emergence of the Omicron variant which is now present in various countries so that its impact to the people and the economy will not be damaging as what had happened to the effect of the Delta variant that caused the surge in the country’s cases from August to October this year.

VP Leni assured the people that the Office of the Vice President in coordination with concerned government agencies and private organizations will sustain the provision of whatever available assistance to those who continue to be impacted by the ongoing pandemic for them to be given hope to recover from the health crisis that has affected the worldwide economy for over 21 months. By Dexter A. See