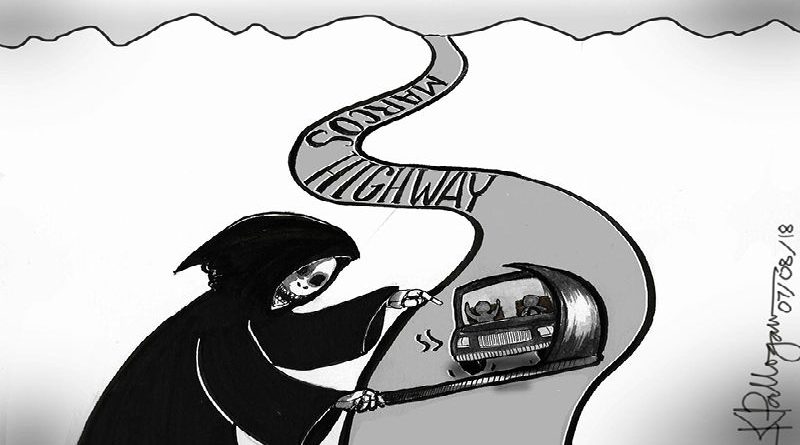 BAGUIO CITY – The City Council, during last Monday’s regular session, requested the Department of Public Works and Highways (DPWH), through the Cordillera and Region 1 regional offices of the DPWH, to look into the installation of a truck weight station along the Palispis-Aspiras Highway formerly known as Marcos Highway for road structural, vehicular and road users’ safety purposes.

In a resolution, city legislators stated that for the implementation of the provisions of Republic Act (RA) 8794 or the law imposing motor vehicle user’s charge to owners of all types of motor vehicles and its implementing rules and regulations, it is necessary for the DPWH to determine the load capacity of a cargo truck plying the Palispis-Aspiras Highway to minimize road accidents primarily due to alleged overloading.

The council disclosed that overloaded trucks reportedly imperil road and vehicular safety and could cause the unnecessary destruction of properties and loss of lives.

Further, the body stated that overloaded and heavy vehicles plying major road networks inside and outside the city are allegedly prone to accidents and other road-related disasters, thus, the concerned government agencies must put in place the necessary mitigating safety measures that will prevent overloaded vehicles from traversing major highways inside and outside the city.

According to the council, motorists and even the public must be aware of the load capacity of cargo trucks negotiating the Palispis-Aspiras Highway, particularly the road stretch from Pugo, La Union to Baguio City, to avoid untoward vehicular accidents.

The council stipulated the installation of truck weight stations in strategic areas of the roadline will also help in preserving and protecting the structural integrity of road pavements and facilities and will prevent the rapid deterioration of the same primarily due to the passage of cargo trucks that re within their load limit.

The Palispis-Aspiras Highway, formerly known as the Marcos Highway, is one of the major road access and the most used route for the transport of goods and passengers to the city and to the rest of the Cordillera provinces.

The council underscored that the presence of the truck weight stations along strategic areas of the Palispis-Aspiras Highway, similar to the weight bridge installed by the DPWH along Naguilian Road, will definitely discourage unscrupulous cargo truck drivers and helpers from overloading their vehicles with goods to be brought to the city so as not to shorten the economic life of the road pavements and facilities situated along the stretch of the highway.

The council claimed that there were numerous instances in the past that vehicular accidents along the different portions of the Palispis-Aspiras Highway were caused by alleged overloaded cargo trucks as drivers and helpers opt to overload their vehicles because of the absence of the truck weight station that will ascertain the actual and allowable axial load of cargo trucks passing through the main highway and delivering their goods to the different businesses operating in the city.