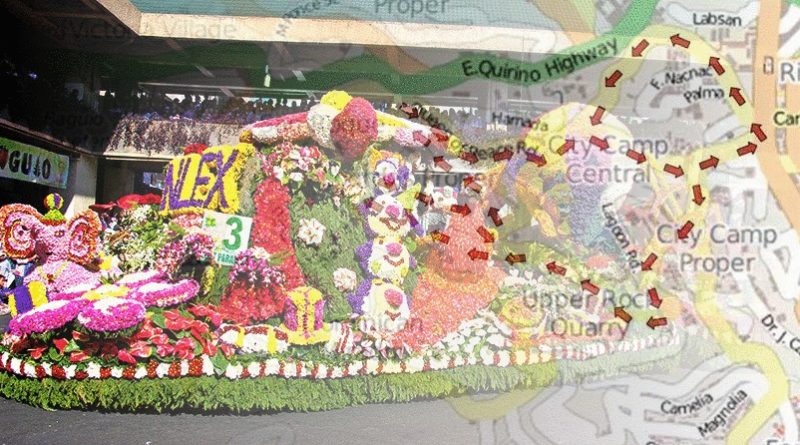 BAGUIO CITY – Several city roads are temporarily closed for the Baguio Flower Festival celebration, as stated in an ordinance approved by the city council last week.

Burnham Lake Drive from the Ganza restaurant to Solibao restaurant, including the whole of Juan Luna drive, is closed for the Baguio Blooms landscaping competition and exposition up to March 4.

On February 24, and February 25; both from 1 AM to 3 PM; South Drive, Military cut-off rotunda to Lower Session road, Magsaysay road, and Harrison roads are closed for the street dancing and float parade, respectively.

Immediately after the float parade on February 25, Session road from SM rotunda to Malcolm square is closed up to midnight of March 4.

A portion of Carantes street in front of the Development Bank of the Philippines is closed but not up to the public utility staging area.

The Baguio City Police Office shall assign personnel and install signages to direct motorists and human traffic on said routes, and coordinate with barangay officials of affected barangays.

A re-routing of Victory liner bus units to the Baguio Convention Center grounds from their terminal at Upper Session road, from 5AM to 12 midnight of Feb. 24 and 25 is also contained in the ordinance.

A surge of human and vehicular traffic is expected during the 23rd edition of the Baguio Flower Festival, .