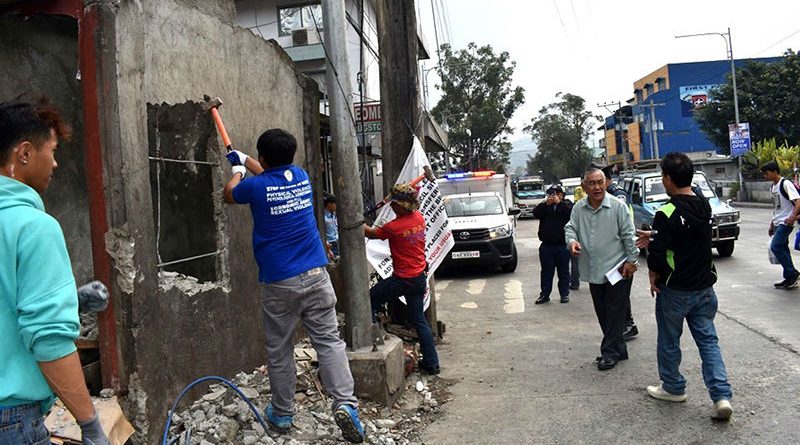 BAGUIO CITY – The Department of the Interior and Local Government (DILG) calls on the local government units (LGUs) in the region to continue the implementation of the government’s road clearing policy in areas with less restrictive community quarantine starting November 16.

Marlo Iringan, DILG Regional Director, said the continuation of road clearing operations is in line with the DILG 2020-145 Memorandum Circular (MC), which gave local government units (LGUs) until January 15, 2021 to clear any obstruction of roads within their jurisdiction.

He underscored that LGUs must completely enforce the President’s road clearing directive in areas under Modified General Community Quarantine (MGCQ), while partial implementation of the measure is permitted in areas under the GCQ.

In accordance with the guidelines of the Department of Health (DOH) and the Inter-agency Task Force for the Management of Emerging Infectious Diseases, the implementation of road clearing is suspended in areas under Enhanced Community Quarantine (ECQ) or modified ECQ to ensure that LGUs will focus all efforts on containing the spread of COVID-19.

The road clearing initiative is in compliance with the directive of President Rodrigo Duterte to reclaim public roads that are being used for non-public ends, especially to rid them of unlawful structures and making sure that they are not used as parking spaces.

In 2019, the President tasked the DILG to oversee the actions taken by the LGUs in clearing road obstructions and reclaiming public roads.

This post has already been read 17607 times!…if they played under 1998 rules and style. Sorry, Draymond Green. Yeah, you