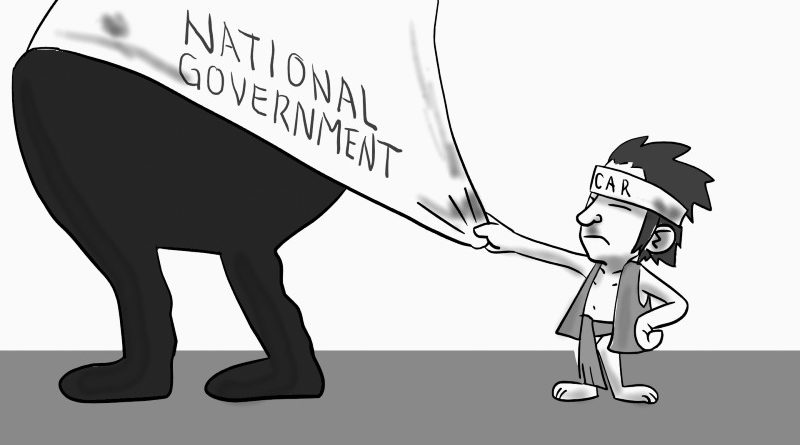 On July 15, 2021, the Cordillera Administrative Region (CAR) will be celebrating its 34th founding anniversary as a special temporary administrative region as the quest for the realization of the constitutional provision for the establishment of the coveted autonomous region remains an elusive dream. Under Executive Order € No. 220 which created the CAR composed of the provinces of Abra, Benguet, Mountain Province and Baguio City from Region I and the provinces of Ifugao and Kalinga-Apayao from Region II then, the primary purpose of the special temporary administrative region is to administer the affairs of the national government in the region, accelerate the socio-economic development of the region and prepare the region for autonomy.

The region’s quest for autonomy was anchored on the 26-point conditions laid down by the Cordillera Bodong Administration–Cordillera peoples Liberation (CBA-CPLA) during the signing of the historic Mount Data peace agreement between the political armed group and the Philippine government which was sealed by both parties on September 13, 1986 with former rebel priest Conrado Balweg heading the CBA-CPLA and the late President Corazon C. Aquino representing the government of the Republic of the Philippines Incidentally, there were also other groups such as the Cordillera Peoples Alliance (CPA) which were involved in sending a clear message to the national government on the need to establish the desired autonomous region. EO 220 was issued that paved the way for the formation of the CAR when President Aquino was exercising both executive and legislative powers under the then revolutionary government that was established after the 1986 EDSA Revolution.

The Cordillera has been known as the watershed of Northern Luzon being the headwaters of all river systems that discharge water to the lowland communities. It is also the source of a significant volume of clean energy, thanks to the Binga and Ambuclao dams and other renewable energy plants located around the region. It is also providing 80 percent of highland vegetables being sold in the lowland markets, thanks to the agriculture industry stakeholders of Benguet and some parts of Ifugao and Mountain Province for being engaged in vegetable farming.  Mining is one of the major industries in the CAR that allowed big cities in Metro Manila to develop because the mining companies operating mostly in Benguet pay their taxes in Metro Manila where their principal offices are located. Incidentally, Benguet could have been one of the most developed provinces if the mining companies were compelled by law to directly pay their taxes where their mining sites are situated.

Aside from being the traditional territories of different indigenous peoples, the Cordillera is rich in natural resources that had sustainably been used and protected by these ancestral domain owners through their natural resource management systems, and thus their exploitation now contributed to the overall state of the country’s economy.

CAR is one of the two regions in the country that had bestowed with the opportunity of exercising autonomy in governing the region.  Muslim Mindanao was able to advance its cause with the establishment of the Autonomous Region of Muslim Mindanao (ARMM) that underwent two amendments until the recent creation of the Bangsamoro Autonomous Region in Muslim Mindanao (BARMM). Despite having been rejected by the Cordillerans twice as the earlier proposed autonomy bills had been watered down by Congress and the insufficient information and education campaign, autonomy advocates are optimistic that the current Congress will enact an autonomy law that will be acceptable to the people who will ratify for the realization of the constitutional provision.

With the rapid advancement of information and communication technology and as we embrace the 34th founding anniversary of the CAR, we must continue to work together in revitalizing our efforts to achieve regional autonomy. Let the challenges we are currently encountering be the motivation and inspiration for us to continue advancing our cause through the power of the social and mainstream media. Let us continue empowering the present and future generations to continue the uphill climb towards autonomy because self-rule can spell the difference in the state of our region once we exercise self- rule.

We must continue bringing our cause to a higher level so that our national officials will be convinced that autonomy is what we need to be able to chart the overall development of our region. As an autonomous region we can strike the needed balance between the desire to achieve overall growth and development and efforts to preserve and protect the environment. We have our age-old indigenous ways of doing things and that the same could be merged with modern technology to achieve what we want for our region once we are able to establish the long overdue autonomous region.