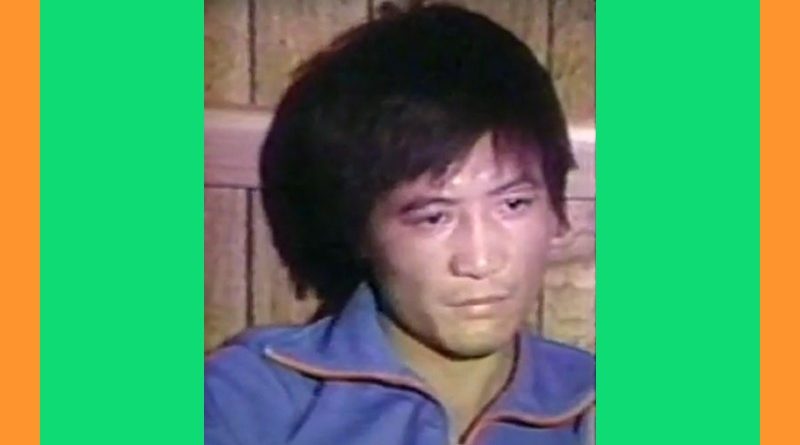 In celebration of the foundation day of the Cordilleras, we remember the sporting career of one of the greatest athletes the region has ever produced, Rey Tam.

Rey Tam was a professional boxer from Benguet, strutting his wares from 1974 to 1982. He was one of the notably successful boxers, if not the best, originating from the Cordilleras. He mainly fought in the Superfeather Weight division. Among the belts he wore were the Philippine Superfeather Weight Belt and the OPBF super featherweight Belt.

He made his debut on December 26, 1974 here in Baguio by knocking out Star Ben in two rounds. He followed that up with three more to demonstrate potential of being a knock-out artist. He showed that was no fluke as he went on to knockout six more of his next 10 opponents to register an impressive 67% flooring rate in his first 15 bouts.

After held to a draw in his fifth bout by Joe Montemayor, he went on a demolition rampage by annihilating his next 18 adversaries that includes eight kayoes. All-in-all, he was unbeaten in his first 23 fights, the draw being the only dent in his record. He also bagged some major titles during the streak.

He won his first major title, the Philippine Super Featherweight, in his 20th bout when he outlasted Al Espinosa in 12 rounds on July 30, 1977. A year later, on November 19, 1978, he won his first international belt by smoking Apollo Yoshio (32-8-4) for the OPBF super featherweight title. Both bouts were held here in Baguio City.

His 18-game winning streak set-up a WBC World Super Featherweight title shot. He went up against reigning champion, Legendary Nicaraguan, Alexis Arguello, on April 29, 1978. The world title bout was held at The Forum, then home of the Los Angeles Lakers, in Inglewood, California, USA.

Tam lost the bout when referee Rudy Jordan stopped the contest at the 1:54 mark of the fifth after Tam turned his back and headed towards his corner as a sign of waving the white flag.

Philippine Star’s Joaquin “The Dean” Henson gave delay in the trip and referee tactics were the culprit for Tam’s loss. The Dean said Tam’s acclimatization process suffering a cut because he arrived only a day before the bout, Jordan’s repeated breaking up the fighters as Tam pushed Arguello against the ropes and into the corners to take away the Nicaraguan’s reach advantage, and tolerance to Arguello’s nifty tricks like holding down Tam’s left arm in close exchanges and using his forearm to ward off the Filipino hurt Tam’s chances.

His loss to Arguello prelude four more straight losses including, one against Moon Suk Choi in Busan, South Korea where he lost the OPBF super featherweight title on November 19, 1978, and another to Filipino Superstar Rolando Navarrete at the Rizal Memorial Coliseum on February 16, 1979.

He, however, showed resiliency and got back on track by going on another winning streak. He knocked out Nardito Adrayan in Manila on June 22, 1979 to open an 8-0-0 record in his next eight fights.

This streak again ushered another title shot, the OPBF Superfeather Weight title, against Ryu Fukita in Tokyo, Japan October 28, 1980. Tam, however, lost this one in a very tight fashion. The Japanese judge, Ken Morita, had it 117-114 for his countryman and the Filipino judge, Godofredo Fandialan, had it 117-115 for Tam. The neutral judge, Paul Field, scored it a 117-116 squeaker in favor of Fukita.

A similar pattern again ensued in the next phase of Tam’s career.

His most recent title bout loss set up a three-bout losing streak, as he went down against Dorn Sornsakdisith in April 1, 1981 at the Araneta Coliseum and to Chung-Il Choi at the Kudok Gym in Busan, South Korea.

As in the past, he again showed toughness to the losses by answering with another winning streak, this time six straight, including one against Rod Sequenan on July 18, 1981. Sequenan had a 21-4-2 card when he faced Tam.

That winning streak again ushered another title shot, this time for the Philippine Lightweight Title, against Flash Villamer on January 6, 1982 here in Baguio. Being a titleholder again was not meant to be as he was floored by Villamer in the 11th round in what turned out to be the last bout of his career.

Tam had a record of 36-9-1 including 14 knock-outs when he decided to hang his gloves.