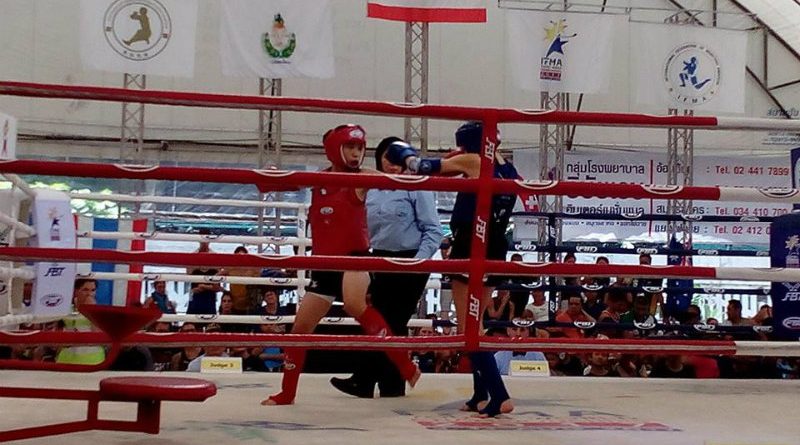 2017 left us with lots of sports memories. Mhage Gerrialou Sebastian and the Sablan National High School Muay Thai Team provided us some of them with major victories in the international stage.

This young chess prodigy from Apayao raked one win after the other in the tournaments she participated in last year.

She has been held to four draws in her initial matches and gutted out the needed wins in her last two to grab the silver. She had a total of 11 points out of 15 games.

Then the international break came her way. An opportunity to met higher caliber opponents arose when Asia’s first Grandmaster Eugene Torre selected her to be part of the 8-member team who will see action for the inaugural Indonesia-Philippines Goodwill Chess Matches.

She contributed 2.5 points in six rounds to help the Philippines win the duel held last September 9-13 in Jakarta, Indonesia.

Sebastian got another international exposure before the year ended and punctuated her year by pocketing three gold medals in the 8th ASEAN Age Group Chess Championship held in Kuantan, Pahang, Malaysia from November 25 to December 4, 2017.

Sebastian reigned supreme in the Blitz (5 minutes time control) games and bagged an individual gold medal in the Girls 12 years old and under category from an almost perfect score of eight out of possible nine points from seven wins and two draws. She added two (2) team gold medals for Rapid and Blitz Games.

The Philippines ruled this Vietnamese stronghold tournament with a final medal tally of 83 gold, 37 silver and 29 bronze medals.

Sebastian was also gold medalist in the 2015 ASEAN Games.

Liane Benito Benito, a 15-year old native of Bayabas, Monglo, Sablan, Benguet, and a member of the Philippine Muay Thai Team, won her elimination and semifinals matches before yielding to an Australian in the finals in the 14-15, 45 kg category.

The SNHS grade 10 student dumped Nadya Indah Royani of Indonesia then Melis Nazligan Talun of Turkey, both winning on points by a similar score of 30:27 to settle for the silver.

The other participant, Rosemarie Recto, got her coaches raising funds to allow her to make the trip, dropped a heartbreaker 28-29 decision to Portugal’s Teresa Moreira in the 16-17, 48 kg category, a loss that put an end to her attempt to advance to the tournament.

What you love about these two fighters is the way they bounced back in their succeeding international matches.

Benito and Recto, along with Felex Dave Cantores, were back in foreign soil some three months later and came up with better, improved performances.

Benito brought home a gold in the girls 14-16, 48kgs division while Recto a 17-year old grade 12 student of the school, climbed the podium this time to receive a bronze medal in girls 16-18, 51kgs division.

Cantores, also from Sablan, took home the boys 16-18, 60kgs bronze to complete the haul for the school which found a knack of excelling in this contact sport.