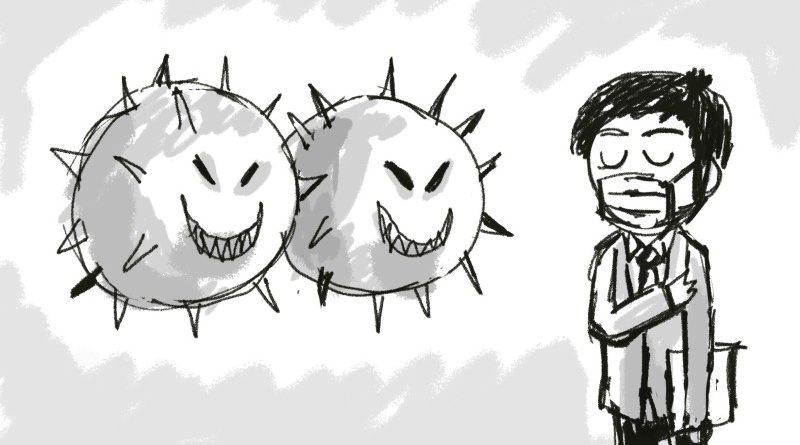 The inter-agency task force for the management of emerging infectious diseases had crafted guidelines to be observed in areas with different quarantine status – modified enhanced community quarantine, general community quarantine (GCQ) and modified GCQ. Practically, the governing health protocols and guidelines are the same but only differ on the number of people allowed to attend religious services, eating inside restaurants, attending important gatherings, riding on mass public transport, among others. From a very strict enhanced community quarantine (ECQ), the guidelines are now slowly being relaxed for the possible re-start of the economy and for people to start regaining their jobs and livelihoods.

The implementation of the various types of community quarantine in areas with high and medium prevalence of the dreaded Corona Virus Disease (COVID) 2019 is aimed at controlling the spread of the deadly virus and prevent an outbreak of the same in certain places that can compromise the health care system in a certain locality. Let us remember that there are areas in the region and the country that have very limited health care systems because of the very limited resources being provided by the national government. Truly, COVID cases in Metro Manila and other urban centers in Metro Manila, Central Luzon and Southern Tagalog are declining but cases in other parts of the country like Baguio city, some parts of Visayas and many areas in Mindanao, are drastically rising which is now causing alarm among residents. Evidently, the spread of the virus is not yet under control in some areas because after being declared and applauded with minimal cases, there are certain areas that have double and even tripled their daily cases, which only means that COVID is now within our midst and simply waiting for the right time to infect people.

The inter-agency task force is now relaxing the guidelines governing the implementation of the community quarantine in most areas but there are some local governments that are hesitant to do the same due to a spike in the number of COVID cases in their areas of jurisdiction. Continuously restricting the movement of people who are now hungry because of absence of jobs caused by the overlapping guidelines will definitely cause more problems than solutions and the task force saw this forthcoming. There are local governments that have imposed the presentation of negative swab test or antigen test results before they allow people to enter their areas of jurisdiction, thus, the same should suffice as a border control mechanism to ensure that people moving in and out of a certain locality are free from the deadly virus. Obviously, some netizens are now being forced to believe that there is overacting on the matter. With or without their knowledge, people have learned to circumvent the existing online registration that is why residents have time and again complained of the presence of visitors even with the repeated denials from authorities.

Let is not wait for the scenario that tourists who tested negative from their places of origin and came up to the city for a certain break will contract the virus in the city and spread the same in their places. It will surely be a big setback for the efforts of the city to aggressively promote that it is now open for visitors from different parts of Luzon, thus, the city should already start re-thinking of cooperating with the inter-agency task force to start easing up on our community quarantine protocols.

We agree that the city should continue to be strict in the management of people who enter the city but it is already sufficient that people are required to present negative COVID test results to justify their entry to the city. People are now restless in looking for sustainable sources of income that is why they want the economy to start, not drastically, but in a manner that assured them of earning income. We are really strict in our borders but there is still a surge in the number of COVID cases in the city, thus, the need to reconsider difficult decisions to balance health and the need for sustenance.

The drama has been over for quite some time and what needs to be done is to act on the things that are of utmost importance to the lives of our constituents. The sufferings of our people had been more than enough to teach them to go back to the basics, especially in the observance of basic health protocols and proper hygiene. Focus should already be done on how to recover from the pandemic before it will be too late. It started in the national level; thus, it should also start from our midst.

17       17SharesThis post has already been read 617 times!Firstly, it is fervently wished Talk N Text’s Jeth Troy Rosario gets to