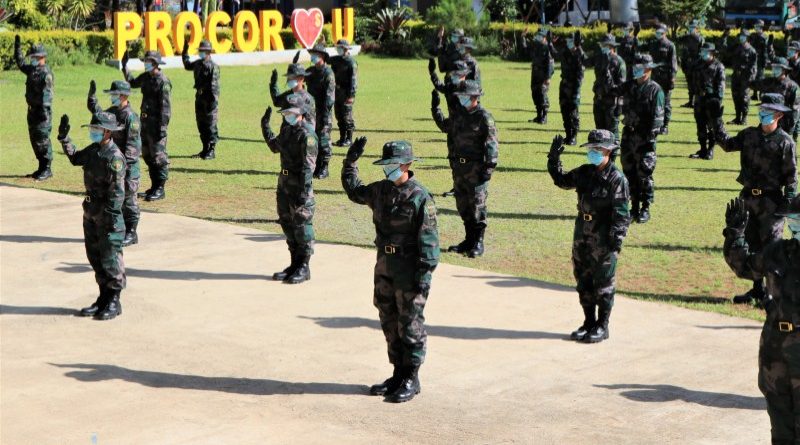 PCOL CULA is now the new Force Commander of RMFB15. Previously, he was the Chief of ROMD.

As the outgoing Chief of ROMD, PCOL CULA turned over his command to PLTCOL SIBLY P DAWIGUEY, JR, the new Officer-in-Charge of ROMD.

For the RPRMD, outgoing Chief PCOL PETER M TAGTAG, JR, turned over the reign to PLTCOL FRANCISCO B BULWAYAN, JR.

Further, the Regional Director also awarded Medalya ng Kasanayan (PNP Efficiency Medal) to PCOL MAYAMES, JR and PCOL CULA for their high sense of professionalism and competence that contributed immensely in the accomplishment of the organization’s mission and vision.

In his message, PBGEN PAGKALINAWAN stressed the importance of institutionalization in the PNP service. He also advised the outgoing and incoming officers that as they transition to new positions, they should learn to adapt to changes, as well as appreciate those changes. (PROCOR RPIO)