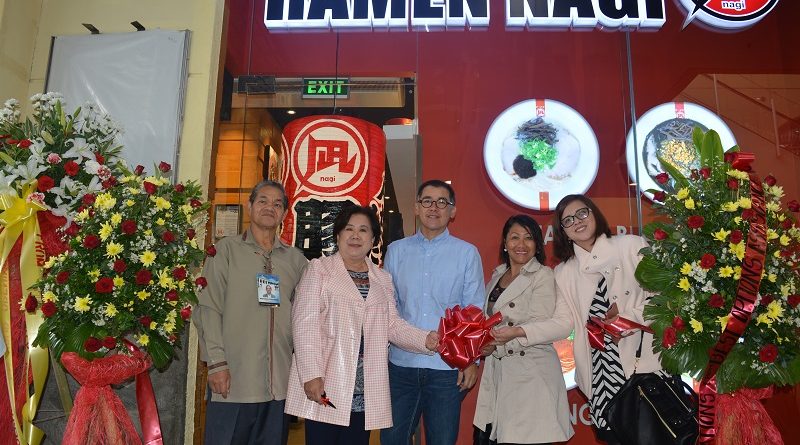 Khaezel Espiritu, Ramen Nagi marketing manager, said owners of the establishment are proud to bring to the city and offer to residents and visitors quality ramen which is produced in Japan for them to have a taste of Japanese ramen delicacies.

Of the 15 Ramen Nagi stores, 13 are located in the different parts of Metro Manila, 1 store is based in Pampanga while its latest store is now in Baguio city.

Among the top Ramen Nagi favorites offered by the establishment in the city include its ever famous Botao king, red king, black king, green king and limited king aside from other Japanese delicacies offered to its growing number of customers.

Espiritu revealed Ramen Nagi owners plan to continuously expand their stores not only in Luzon but also in the Visayas and Mindanao, like the major cities of Cebu and Davao, with the aim of reaching 30 in the next two years or so.

On his part, Erwin Macariola, Ramen Nagi master chef, revealed the Japanese ramen and 95 percent of its spices and ingredients are imported from Japan, thus, customers are guaranteed the quality of the food that they will be served by their cheerful staff.

According to him, customers will have the chance to customize their own ramen by checking on the list the type of spices and ingredients they want in their food apart from the broth that will be used in the preparation of the food.

While the space of the Ramen Nagi store at SM City Baguio is limited, Espiritu explained it allows the customers to have a sharing of space and enjoying the quality food and the excellent service to their satisfaction.

According to him, Ramen Nagi has weathered the stiff competition among ramen stores in Metro Manila and other parts of the country as shown by its sustained operations over the past eleven years while some ramen stores closed.

The first Ramen Nagi store opened in the Philippines in 2006 and slowly expanded until the opening of its 15th shop in the city last Thursday.

From losing an opponent and possibly being sidelined by being a close contact of COVID-19 positive teammates, Eduard Folayang gets