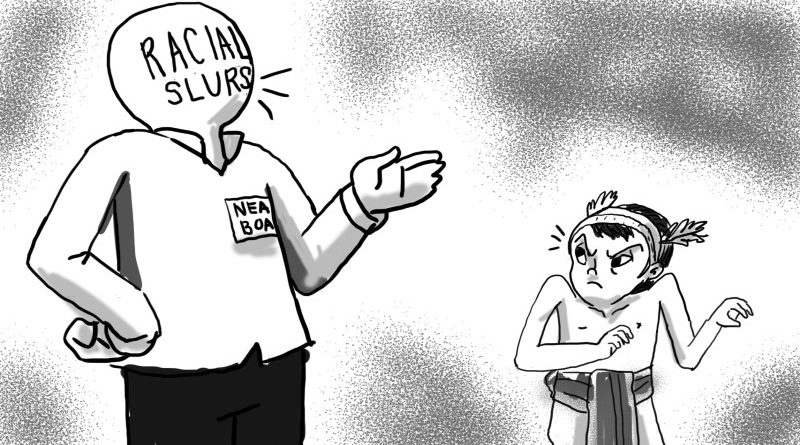 Igorots worldwide made an uproar on the alleged discrimination contained in some of the published learning materials of the education department. That discrimination against Igorots,  and indigenous peoples (IPs) in general, has time and again been repeated just shows the ignorance of non-indigenous peoples on IPs, their societies, rich historical backgrounds, and their contributions to society.

Republic Act (RA) 8371, or the Indigenous Peoples Rights Act (IPRA), was enacted to empower the IPs to assert and claim their rights, especially, to self-determination, identity, and over their ancestral domain.

Last June 2, 2021, the House Committee on Energy called for a public hearing to ascertain which between the board of directors of electric cooperatives (ECs) and the National Electrification Administration–Board of Administrators (NEA-BOA) has the primordial power to appoint the general manager of ECs. The congressional inquiry was triggered by the controversy created by the interpretation of the NEA-BOA of the very guidelines it previously concurred on the appointment of the general manager of ECs. In its most recent decision, it endorsed to the Board of Directors of the Benguet Electric Cooperative (Beneco) the applicant that garnered the highest score in the final interview for appointment to the position of general manager. Ironically, during the course of the exchange of ideas between the invited resource persons and the House Committee members, a certain Agustin Maddatu, a member of the NEA-BOA suddenly injected an issue that was way out of the topic when he stated that the culture of Igorots is to follow their elders even if what is being advised to them is wrong. Lawmakers were quick to remind the NEA-BOA member that as a government official, he has no right to discriminate IPs when he has no substantial basis to support his conclusion, especially as he anchored his perception on mere second-hand information.  Since the aforesaid hearing was live streamed in the Facebook page of the House of Representatives, many Igorots from various parts of the world vehemently condemned such an unprofessional, irresponsible, insensitive remark uttered by a government official who is expected to uphold the dignity of persons he is dealing with.

Certainly, there is no excuse for any NEA-BOA member to utter such statements to deflect the issue at hand. It is clear there was a violation by the NEA-BOA on the very process enshrined in their rules and regulations when it unilaterally decided to endorse just one applicant to the EC board for appointment as its general manager when both applicants qualify for the contested position.

There is no place for discrimination in the bureaucracy and that the Igorots will not take the same sitting down. We agree to the contention of Kalinga Rep. Allen Jesse C. Mangaoang that the controversial NEA-BOA member should come out with a public apology in social and mainstream media platforms and to divulge what motivated him to issue such reckless perception against a whole peoples. We should send a clear message to the NEA-BOA that the two applicants for the position of Beneco general manager are full-bloodied Igorots and they are aware of the culture and traditions of the IPs more than the members of the BOA.

We are wondering why such discriminations against Igorots keep arising from time to time even from so-called educated professionals. This is a reflection of the failure of the State of its obligation to combat racism in all its forms when the very source of discrimination is coming from its bureaucracy. Such discrimination is faced by indigenous children and youth and it bodes well for the government to aggressively raise the level of awareness of the citizens that racial discrimination is unacceptable. Let us continue to compel the government to make it a crime for government officials and employees to issue such discriminatory remarks. For indigenous peoples, let us call out all those who practice racism to step down from their positions to prevent them from further trampling on the dignity of indigenous peoples. For indigenous peoples, being victims of racial discrimination ourselves, let us also combat this practice among our ranks and avoid reverse discrimination. It seems that formal education has nothing to do with such an attitude. It is valuing the worth of individuals as human beings which is clearly entrenched in our values as indigenous peoples and we must practice this. Let us take the opportunity given to us to educate our fellow Filipinos that Igorots are not to be taken for granted. By fighting against such behaviour and being respectful of the personhood of others, we are contributing to eliminating discrimination against indigenous peoples in general. Let us do our part by upholding the dignity of every human being.