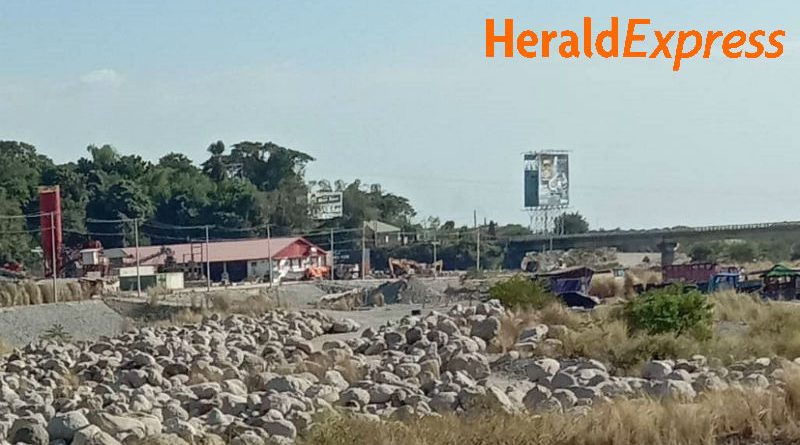 TUBA, Benguet – Concerned residents in Barangay Camp 1, here, and nearby Dungon, Sison, Pangasinan are calling on the public works and environment departments to investigate the  rock quarrying activities being done along portions of the Bued River that will pose a serious threat to the river and nearby villages, especially during the wrath of natural and man-made calamities.

Sources, who requested anonymity for security reasons, claimed that the reported agent of a Manila-based contractor commissioned some local contractors to do the quarrying of huge rocks weighing at least 1 to 5 tons from the Bued River that will be used in the ongoing reclamation of some portions of Bulacan.

The sources also questioned the rock quarrying activities being done within the jurisdiction of Benguet considering that the removal of such huge boulders will expose the areas to massive erosion considering that there will be no longer rocks that will stabilize the slopes and the river bed.

“We were surprised to see units of heavy equipment of some local contractors who were reportedly commissioned by the purported agents of some Manila-based individuals and companies doing quarrying activities of the big boulders that have been stocked in the river for decades which is considered to be illegal by the concerned government agencies, thus, there should be an investigation that should be conducted and for the said activity to be stopped,”  the source stressed.

He added  that it seems the rock quarrying activity in the area is being tolerated by concerned barangay officials that is why they no longer know what to do and whom to approach and seek help considering the serious repercussions of the said activity to the state of the environment wherein the safety of life and limb will be compromised.

According to the source, the big rocks weighing at least 1 to 5 tons being quarried along the Bued River is being brought to an area below the Sison bridge where the same will be stockpiled and after being able to ensure the availability of some 10,000 cubic meters that is enough to be loaded in a barge, the same will be hauled to Poro Point where it will be loaded and shipped to the reclamation area in Bulacan.

The source disclosed that there is also a need for the concerned agencies to look into the issue that the local contractors that were commissioned to do the quarrying activities in the area have not been paid by the alleged agent of the supplier of the boulders for the Bulacan reclamation area so that such practice will not be repeated in the future.

He pointed out that what is allowed to be quarried are sand and gravel but not the big builders  weighing over 1 to 5 tons because they are the ones that stabilize the slopes and the river bed to prevent the occurrence of huge erosions that pose a serious threat to the safety of life and limb.

The source stated that the rock quarrying operation had been going on in the area for several weeks now but it seems concerned agencies and law enforcement units have not yet take the appropriate action to abate a serious threat to the state of the environment in the area.

By Hent
Banner photo: QUARRYING ALONG BUED RIVER –Boulders are being quarried along the Bued River, particularly in the jurisdiction of Camp 1, Tuba, Benguet and Dungon, Sison, Pangasinan are allegedly being shipped to Bulacan to be used in the reclamation area for a construction project.