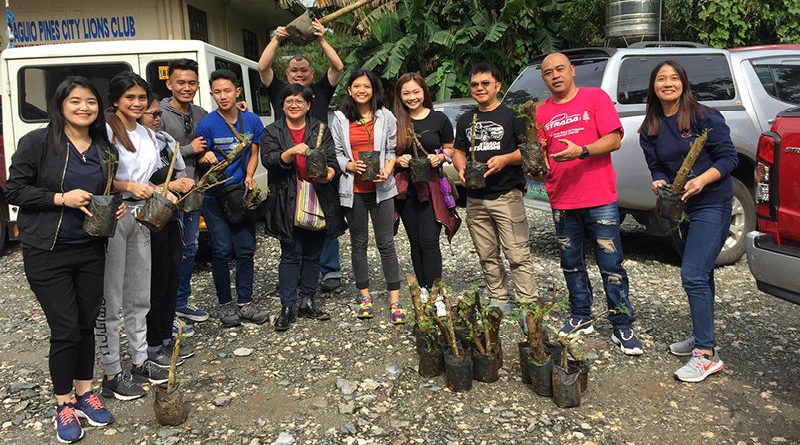 Dozens of volunteers from the Saint Louis University – Hospitality and Tourism Management (HTM) department in partnership with The Strada Club of the Philippines (TSCP) – Baguio Chapter and the City Environment and Parks Management office (CEPMO) plan to put up a Jacaranda tree park within the Pine trees of the world as their contribution in the efforts of the local government to revitalize the environment.

The said organizations plan to adopt the said Jacaranda tree park to help in bolstering the presence of the said tree species within the said area of the 34-hectare Burnham Park.

The SLU-HTM students and volunteers, members of TSCP – Baguio Chapter and CEPMO planted some 64 Jacaranda saplings in addition to the saplings that the groups previously planted.

The groups are just a part of the increasing number of organizations wanting to actively participate in the implementation of environmental preservation and protection projects being done in the different parts of the city.