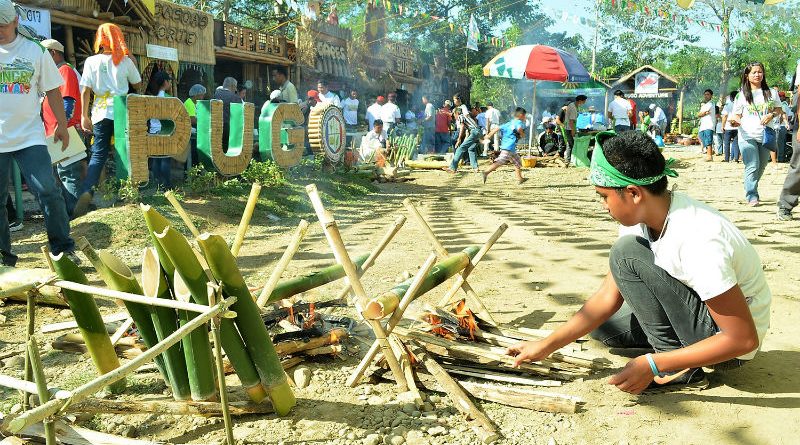 PUGO, La Union – The local government and organizers of the fast-growing Tinungbo festival lined up numerous activities for the 3rd edition of the town’s major crowd drawing event that ran since December 11, 2018 to January 20, 2019.

Mayor Priscilla M. Martin said that among the on-going activities include the sports fest and choral competition for the elementary, high school and barangay levels for participants to showcase their talents in various sports disciplines and in music.

On December 29, 2018, participants to the Ms. Pugay contest will be joining the scheduled pre-pageant night while an event dubbed ‘that’s my tanod’ will be held on December 31, 2018.

Local officials and residents from the town’s 14 barangays will be converging in the municipal grounds for the community night and Pasungad 2019 on December 31, 2018.

The finals for the town’s Battle of the Bands will be held on January 4, 2019 while dance enthusiast will be featured in the open dance competition on January 5, 2019.

Organizers also devoted an event for the town’s indigenous peoples wherein they will have a chance to showcase their rich culture and traditions during the so-called IP night on January 6, 2019.

On January 18, 2019, a grand parade will be done along the major roads of the town which will be highlighted by the traditional drum and lyre competition among participating schools that will be capped by the Balikbayan, Overseas Filipino workers (OFW) and Senior Citizens Night.

The famous Tinungbo cook fest will be held on January 19, 2019 which will be followed by the Laro ng Lahi and Hataw Sayaw Barangay.

On January 20, 2019, the Philippine Military Academy (PMA) cadets will be performing a silent drill which will be preceded by the streetdancing competition and dance showdown competition that will be capped by the Awards Night.

Mayor Martin urged different sectors of the municipality to make the 3rd Tinungbo festival a festival with a cause remarkable by accomplishing the thigs they pledged to achieve and by putting the needs of the most vulnerable citizens ahead of their own.

“Through your contributions, hardwork, and dedication, we have realized the first step towards achieving that goal: a rescue vehicle for the local risk reduction and management office was procured,” Martin stressed.

She underscored that she draws her inspiration from the residents who are passionate about sustaining the growth of the festival to become one of the well-attended festivals in the north and help in improving the economic activities and sources of livelihood of the people living in the locality.

Banner photo by: JOSEPH B. MANZANO