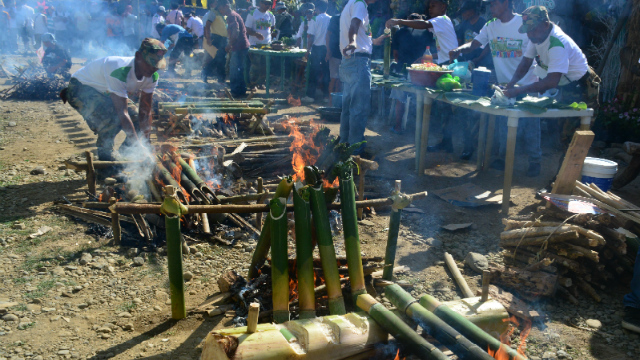 PUGO, La Union – The municipal government and its private partner, the Tinungbo Organizing Committee, is ready for the upcoming staging of the highlights of the 4th Tinungbo Festival on January 17-19, 2020 in the different parts of the municipality.

Mayor Priscilla M. Martin said organizers and participants of the different activities of this year’s festival are now on the final stages of preparations to ensure they will provide residents and visitors with the needed entertainment to entice them to continue promoting the annual festival as one of the must-see festivities in Northern Luzon.

She underscored the annual conduct of the Tinungbo Festival aims to promote the town’s rich culture and traditions passed down generations for the present generation to sustain the same for the benefit of the town’s future inhabitants.

“We are ready to welcome visitors wanting to witness the highlights of our Tinungbo Festival next week. We hope our constituents and visitors will be able to enjoy the remaining events of our festival for them to continue spreading the good news that Pugo has a crowd-drawing event worthy of witnessing right at the start of the new year,” Mayor Martin stressed.

On January 17, 2020, participating drum and lyre contingents from the different elementary schools in the municipality will showcase their respective performances during the drum and lyre competition which will jumpstart the festival highlights.

Further, farmers and indigenous peoples (IPs) will also have a chance to showcase their skills and talents among other lined-up events during the festival highlights on January 18, 2020 simultaneous with the famed Tinungbo cookfest to be participated in by the 14 barangays of the municipality with each barangays  demonstrating various ways of cooking food using bamboo.

Part of the remaining highlights of the festival will be the Laro ng Lahi which is scheduled in the afternoon of January 18, 2020 followed by the Coronation Night of the Mutya ti Pugo in the evening.

On January 19, 2020, the day will start with a mass followed by the traditional civic-military parade, the performances of the participating contingents for the Tinungbo streetdancing competition, the Philippine Military Academy (PMA) silent drill which will be eventually capped by the Tinungbo concert with two Manila-based bands entertaining the public ending the month-long festivities in the municipality.

Martin expressed her gratitude to all those who extended their utmost support to the Tinungbo Organizing Committee and the municipal government with the organizers raising the needed funds for the purchase of an ambulance which is now being used by the Municipal Disaster Risk Reduction and Management Office (MDRRMO) in attending to the emergency needs of residents from the town’s 14 barangays.

She claimed the successful conduct of the annual festival should serve as an inspiration and motivation for local officials and the organizers to continue introducing the needed innovations to entice people to consider the Tinungbo festival as their must-see festival annually.