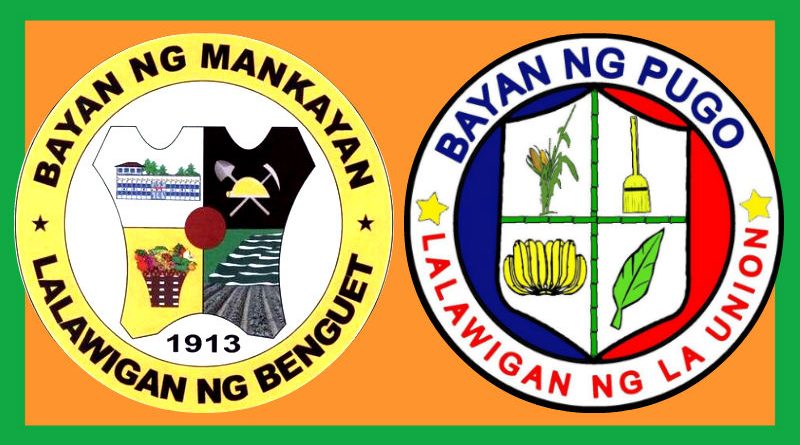 PUGO, La Union – The Municipal Council accepted the offer of its counterpart in Mankayan, Benguet for the establishment of sisterhood ties between the two municipalities.

The local legislative body is now scheduling the date when the members of the two councils will meet for the conduct of a joint session that will formalize the sisterhood relationship between the two municipalities that will ensure a healthy exchange of best practices that will boost the various programs and projects of both localities.

Earlier, the Mankayan Municipal Council passed a resolution that was approved by Mayor Frenzel Ayong tendering a sisterhood relationship with Pugo, La Union to help in enhancing the local government’s existing programs and projects considering that there will be a healthy exchange of programs and projects from other local governments with established relations with the municipality.

Pugo is one of the fastest developing municipalities in La Union despite its being a fifth-class municipality because of the proactive programs, projects and activities that had been put in place by 2-term Mayor Priscilla M. Martin who happens to trace her roots from Mankayan, Benguet and Tadian, Mountain Province.

Previously, the Municipality of Besao in Mountain Province already established a sisterhood relationship with Pugo and that the fitting ceremonies for the twinning relations had already been conducted.

It was learned that there are other local governments in the different parts of the region that want to establish sisterhood relations with Pugo being a lowland municipality with best practices on transparent and good governance coupled with aggressive tourism, agriculture, livelihood programs among others.

Further, most of the people living in the town’s 14 barangays trace their roots to the different parts of the Cordillera and other highland municipalities of the Ilocos Region wherein they speak a common dialect and practice common culture and traditions.

On the other hand, Mankayan is one of the five first class municipalities and one of the three municipalities in Benguet that rely on mining as a major source of its income considering the presence of large-scale mining companies that operate in the said localities although there are varied sources of income in the said places wherein agriculture is one of the major livelihood activities of the rapidly increasing populace.

Under pertinent provisions of the Local Government Code, sisterhood relationships between local governments are encouraged to help in enhancing the sustainable implementation of major development projects and programs geared towards improving the economic activities in the said localities and providing sustainable sources of livelihood that will help move the people out from the shackles of poverty.

Some local governments in the region are preparing their resolutions to tender sisterhood relationships with Pugo for them to learn its best practices on how it was able to improve its status in a very short span of time.