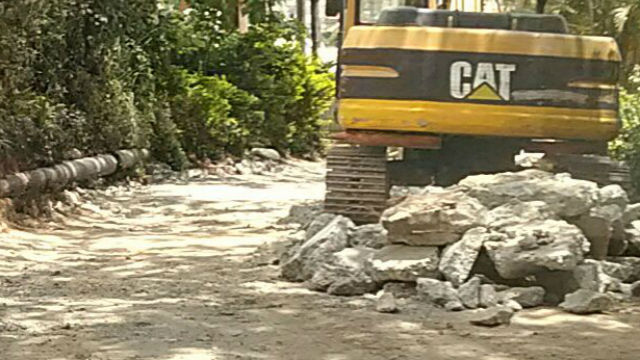 The City Council, during last Monday’s regular session, urged public and private utility companies conducting digging, excavation, unearthing and drilling activities along the roads, alleys, passage ways and sidewalks in the city to strictly coordinate with the City Engineering Office (CEO) prior to and upon completion of their desired activities for possible synchronization of similar activities in the future.

In a resolution, local legislators stated it has been observed that in certain areas around the city, digging by a public utility company is done, then after 3 weeks, the same area is being dug up again by another public utility company, thus, the need for proper and strict coordination and monitoring of the said activities with the CEO to assure compliance of the contractors with the prescribed condition of the permit issued and for the safety and convenience of the general public and stakeholders.

Further, the council pointed out that it is also equally important that such activities that tend to compromise the safety and convenience of the general public should be appropriately worked out with concerned government agencies to lessen their impact to the people using the roads daily.

The body pointed out that it has also been observed and most complained is that some of the conditions of the permit issued to the public and private utility companies doing digging activities in the city are not allegedly complied with by some of their contractors.

One of the most complained by people is the soil and debris laid close to the excavated site actually pose danger, obstruction, and inconveniences to the public that warrants immediate and appropriate action from concerned government agencies, the city government and more importantly, the contractor assigned to do such work.

The council noted that numerous digging, excavation, drilling and unearthing activities are currently being conducted by both the public and private utility companies along various roads, alleys, passage ways, and sidewalks in the different parts of the city where the same pose danger to the safety of the motoring and commuting public.

The council asserted that the aforementioned activities are covered by an excavation permit issued by the CEO and among the general conditions for the granting of an excavation permit is the responsibility of the contractor for the safety, protection, security and convenience of the general public during the conduct of the said activities and all waste and materials from the project should be properly disposed of.

Moreover, the permit also requires contractors to restore the excavated or dug up area to its original state aside from the putting in place appropriate warning signages to guide the motoring and commuting public on what to do when approaching the excavation sites in the city.

Copies of the approved resolution will be transmitted to the different private and public utility companies operating in the city to ensure their utmost compliance to the aforesaid request for the establishment of harmonious working relationship among the concerned government agencies, the city government and the private sector that are mostly implementing such kind of projects around the city and the barangays. By Dexter A. See