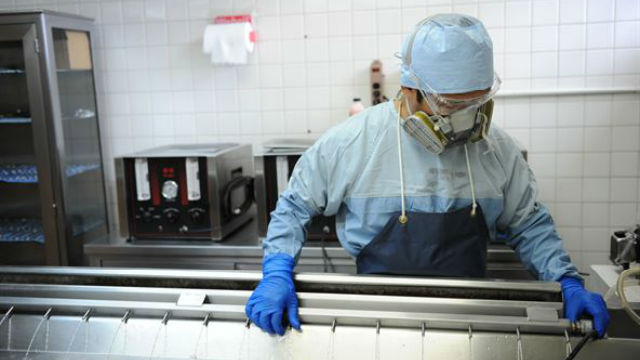 BAGUIO CITY  – The City Council agreed to conduct a public hearing to gather the sentiments of the stakeholders and the public on the proposal to mandate funeral parlors to employ female embalmers and morticians and to perform their duties pursuant to the gender of the deceased.

The agreement was reached by the members of the local legislative body after the proposed ordinance was calendared for second reading after publication following the various comments elicited by the proposal from local legislators.

Among those who will be invited to attend the public hearing to be scheduled by the council committee are representatives from all funeral parlors in the city, officials of the city and regional health departments, agencies providing trainings for embalmers and morticians and the public.

The DOH-CAR is being requested to provide a local committee of examiners for undertakers and embalmers for the city and the region to facilitate the licensure and certification of candidates, with permission and authorization from the agency’s central office to practice embalming in accordance with the law.

In case the request would be difficult or highly improbable or for reasons of lack of jurisdiction, the ordinance stated the DOH-CAR is tasked to identify possible institutions that may qualify for accreditation for the purpose of its implementation.

The created DOH-CAR committee of examiners for undertakers and embalmers or its equivalent accredited institutions shall ensure that only qualified individuals enter the regulated profession and that the care and the services that the embalmers provide are within the standards of practice.

The ordinance added the committee shall provide the licensure requirements, trainings, certification, observance of lawful practice and all other duties as provided for by the agency.

Under the proposed ordinance, funeral parlors found and or otherwise have been reported to be violating the local legislative measure shall be fined P1,000 for the first offense, P3,000 for the second offense and  P5,000 for the third offense.

The ordinance pointed out in the context of a just, humane and civil society, the Filipino culture gives utmost respect to the departed loved ones and although the deceased may have already been deprived of life, this does not mean that his or her rights as a person have also been extinguished by death.

The proponent Lilia A. Farinas argued that it follows that the privacy of the deceased must be upheld by society just as when they were alive, most especially for departed women.

She said that it is an apparent assumption and more an irrefutable fact, that if the deceased were alive, they would have preferred their privacy respected, just as everybody else does irregardless of gender.