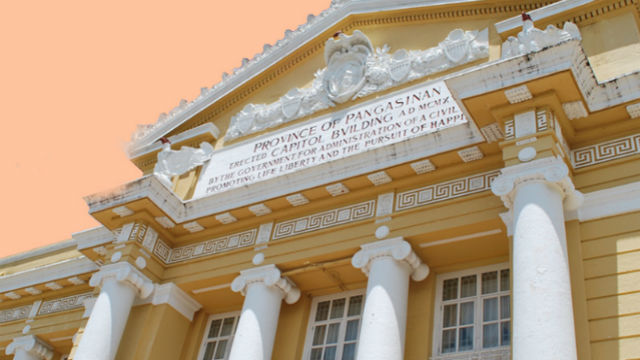 LINGAYEN, Pangasinan – Pangasinan’s distinct culture, arts and innate talents were showcased in full length during the Asia CEO awards held recently in Manila Marriott in Pasay City attended by business executives and investors from various parts of the country and abroad.

Expressing gratitude for the all-out participation of the provincial government to the Asia CEO awards, ASNA awardee Rebecca Bustamante-Mills, who grew up in Dasol town, hailed the Pangasinense performers for charming the visual and auditory senses of the local and international business tycoons and investors.

The Asia CEO awards recognizes the extraordinary leaders and leadership teams who have demonstrated outstanding achievements for their organizations, and contributions to others.

The Dangoan performed cultural dances which originated in Pangasinan while the Provincial Chorale, a consistent top performer in Civil Service Commission – chorale competition, serenaded the guests with their renditions of Pangasinan songs and other lively musical pieces.

The CEO awards gave out 17 awards to most-accomplished individuals and teams which currently operate in the Philippines and across the Asia Pacific region.

It can be recalled that Rebecca, CEO awards founder, and her husband, Richard Mills, on July 5 had invited the province of Pangasinan led by Governor Espino on the Asis CEO Forum held at Dusit Thani Hotel in Makati City for a sales pitch of Pangasinan’s wide range of investment opportunities and tourist attractions.