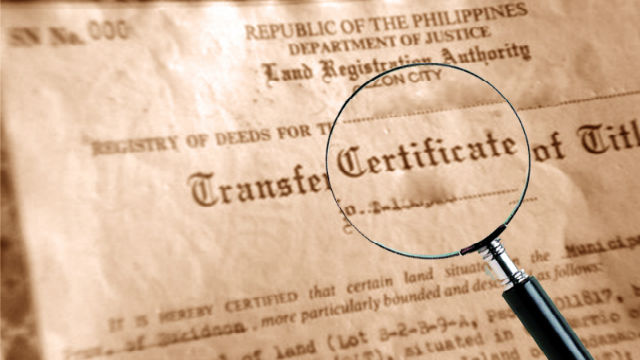 BAGUIO CITY – The proposed increase in market values for land in the city is realistic and reasonable and will not result to confiscatory taxes.

The Chamber of Real Estate and Builders’ Associations Inc. (CREBA), the Philippine Chamber of Commerce and Industry Inc. (PCCI) Baguio-Benguet Chapter and the Hotel and Restaurant Association of Baguio (HRAB) submitted their position papers on the proposed revised schedule of market values for lands which due for deliberation on second reading after publication by the city council.

All groups opposed the proposed adjustment claiming that the new rates are “unrealistic, unreasonable, burdensome and confiscatory.”

Domogan and Datuin reminded the groups that the city’s failure to revise the schedule for 21 years has rendered the market values outdated and unrealistic.

The city officials said that the resulting increase in the market values which as defined are the prices of lots at which the seller is willing to sell and the buyer is willing to buy was expected to reach high proportions but this cannot be deemed as unfair and unreasonable as this was based on actual conditions prevailing in the city at present.

“Under the law, the city is duty-bound to impose the correct market value of the properties in our area of jurisdiction and we have been negligent and remiss on this duty since we did impose any adjustments for 21 years,” the mayor said.

“But now, it is high time to correct this and also address the falsehood bred by our outdated market values which the city unwittingly tolerated with its failure to update the market values.  Dapat itugma natin sa kung ano ang totoo,” he intoned.

Furthermore, the city made sure that the new market values are comparable to zonal valuation of the Bureau of Internal Revenue (BIR) which is still in the 1998 level so the new rates cannot be dismissed as unreasonable.

“That to me is already going down nearly to the bottom just to ensure that the resulting taxes will not go beyond what is reasonable,” the mayor said.

This tax rate applies to most subdivisions and residential areas as per the proposal, Addawe said.

To further cushion the impact of the increase, the city is willing to implement the adjustment in three tranches for three years.  This is on top of the 20 percent prompt payment discount being given by the city every year, the city officials said.

The officials reiterated that the adjustment is long overdue as the city has for years been berated by no less that the Bureau of Local Government Finance for its failure to comply with section 219 of the Republic Act 7160 or the Local Government Code which mandates the city assessor to undertake a general revision of real property assessments within two years after the effectivity of the code in 1992 and every three years thereafter.

If religiously followed, then the city should have implemented the realty tax revisions for seven times now since 1996.

“But of course we do not want our people to bear the brunt of the seven-year absence of tax increase in one blow so we made sure that this proposal will not result to confiscatory taxes,” the mayor said.

The mayor appealed to the people to “understand what is reasonable” for both the city government and to them.

“By now, our people should have realized that we do not want to impose the new rates just for the sake of increasing taxes.  This and other humanitarian considerations are the reasons why we have stalled on imposing the increase that long,” he said.

“We want to impose what is reasonable for both the taxpayers and the city government and we believe that this proposal is as fair as it gets.”

The city officials also assured that the proceeds of the increase in taxes will not be squandered and will be used for its intended purpose in the form of basic services to the public. – By Aileen P. Refuerzo

This post has already been read 1111 times!Winners of the 2021 Productivity Olympics were announced during the First Ever Virtual