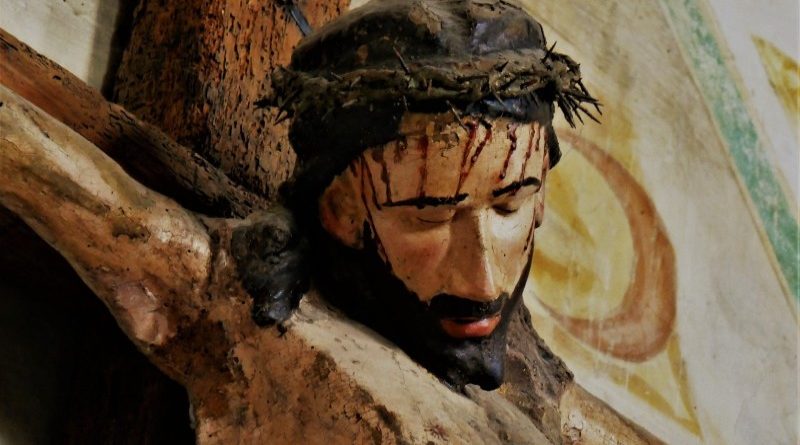 The bible assures God fulfills what He promises; He couldn’t lie

The bible mentioned many promises for believing and following Jesus. When promises are made, the first thing one need to know is there is assurance that those promises are fulfilled.

The bible says God fulfills what He promises:

Given this, here are what lies in store for believing and following Jesus:

Here are what lies in store for believing and following Jesus:

These verses written during different eras not only show how The Father and Jesus restored losses suffered by Their followers as a result of their following them, they show how Jesus and the Father are one as said in scriptures.

“29So Jesus answered and said, “Assuredly, I say to you, there is no one who has left house or brothers or sisters or father or mother or wife or children or lands, for My sake and the gospel’s, 30who shall not receive a hundredfold now in this time—houses and brothers and sisters and mothers and children and lands, with persecutions—and in the age to come, eternal life.” Mark 10:29-30, NKJV

10And the Lord restored Job’s losses when he prayed for his friends. Indeed the Lord gave Job twice as much as he had before. 11Then all his brothers, all his sisters, and all those who had been his acquaintances before, came to him and ate food with him in his house; and they consoled him and comforted him for all the adversity that the Lord had brought upon him. Each one gave him a piece of silver and each a ring of gold.

12Now the Lord blessed the latter days of Job more than his beginning; for he had fourteen thousand sheep, six thousand camels, one thousand yoke of oxen, and one thousand female donkeys. 13He also had seven sons and three daughters. 15In all the land were found no women so beautiful as the daughters of Job; and their father gave them an inheritance among their brothers.

16After this Job lived one hundred and forty years, and saw his children and grandchildren for four generations. 17So Job died, old and full of days. Job 42:10-17, NKJV

Receiving of the Holy Spirit
Eternal life for those who follow Him
Glorified bodies and dwelling place in Heaven
Restitution of losses when one left his/her property or family for Jesus’ sake and the gospel
Food, clothing and necessities if one seeks first the kingdom of God

Receiving of the Holy Spirit

37On the last and greatest day of the Feast, Jesus  stood and said in a loud voice, “If anyone is thirsty, let him come to me and drink. 38Whoever believes in me, as the Scripture has said, streams of living water will flow from within him.” 39By this he meant the Spirit, whom those who believed in him were later to receive. Up to that time the Spirit had not been given, since Jesus had not yet been glorified. John 7:37-39, NIV

16For God so loved the world that He gave His only begotten Son, that whoever believes in Him should not perish but have everlasting life. John 3:16, New King James Version

“27 Then Peter answered and said to Him, “See, we have left all and followed You. Therefore what shall we have?” 29 And everyone who has left houses or brothers or sisters or father or mother or wife or children or lands, for My name’s sake, shall receive a hundredfold, and inherit eternal life.” Mat 19:27,29, NKJV

1“Let not your heart be troubled; you believe in God, believe also in Me. 2In My Father’s house are many mansions; if it were not so, I would have told you. I go to prepare a place for you. 3And if I go and prepare a place for you, I will come again and receive you to Myself; that where I am, there you may be also. 4And where I go you know, and the way you know.”

5Thomas said to Him, “Lord, we do not know where You are going, and how can we know the way?” 6Jesus said to him, “I am the way, the truth, and the life. No one comes to the Father except through Me. John 14:1-6, NKJV

13But I do not want you to be ignorant, brethren, concerning those who have fallen asleep, lest you sorrow as others who have no hope. 14For if we believe that Jesus died and rose again, even so God will bring with Him those who sleep in Jesus. 15For this we say to you by the word of the Lord, that we who are alive and remain until the coming of the Lord will by no means precede those who are asleep.

16For the Lord Himself will descend from heaven with a shout, with the voice of an archangel, and with the trumpet of God. And the dead in Christ will rise first. 17Then we who are alive and remain shall be caught up together with them in the clouds to meet the Lord in the air. And thus we shall always be with the Lord. 18Therefore comfort one another with these words. 1 Thessalonians 4:13-18, NKJV

20But our citizenship is in heaven. And we eagerly await a Savior from there, the Lord Jesus Christ, 21who, by the power that enables him to bring everything under his control, will transform our lowly bodies so that they will be like his glorious body. Philippians 3:20-21, New International Version

50Now this I say, brethren, that flesh and blood cannot inherit the kingdom of God; nor does corruption inherit incorruption. 51Behold, I tell you a [m]mystery: We shall not all sleep, but we shall all be changed, 52in a moment, in the twinkling of an eye, at the last trumpet. For the trumpet will sound, and the dead will be raised incorruptible, and we shall be changed. 53For this corruptible must put on incorruption, and this mortal must put on immortality. 54So when this corruptible has put on incorruption, and this mortal has put on immortality, then shall be brought to pass the saying that is written: “Death is swallowed up in victory.” 1 Corinthians 15:50-54, NKJV

9Now when He had spoken these things, while they watched, He was taken up, and a cloud received Him out of their sight. 10And while they looked steadfastly toward heaven as He went up, behold, two men stood by them in white apparel, 11who also said, “Men of Galilee, why do you stand gazing up into heaven? This same Jesus, who was taken up from you into heaven, will so come in like manner as you saw Him go into heaven.” Acts 1:9-11, NKJV

Food, clothing and necessities if one seeks first the kingdom of God

It also made its theme clear. While there are many tales narrated by the bible, one thing remains clear from start to finish: Humans caught in a crossfire between powerful adversaries and one of them, a loving God, is offering redemption/salvation.

This post has already been read 2097 times!Winners of the 2021 Productivity Olympics were announced during the First Ever Virtual