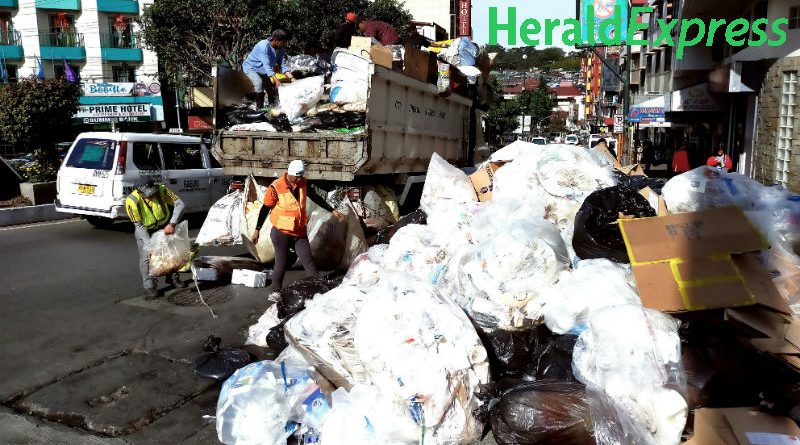 The City Council, during last Monday’s regular session, requested the concerned offices of the city government to conduct a feasibility study for the privatization of the one-time collection of the city’s garbage from source to landfill.

In a resolution, city legislators stated that if the aforesaid feasibility study is favorable to the city, the terms of reference to be prepared by the City General Services Office or the City Mayor’s Office shall be subject to approval by the City Council and after the required public bidding, such contract should be confirmed by the same body.

The council said the issue of effectively and efficiently addressing garbage collection and disposal can be considered as a matter of urgency, thus, the need for a feasibility study as to its soundness and practicability to consider reduced cost and efficiency as the city’s garbage hauler, the security of employment of the affected employees shall not be affected as they will be reassigned to other departments, providing secured employment for the volunteer employees as they will be absorbed by the contract provider as regular workers subject to qualifications and standards.

Further, the idea to privatize the garbage collection in the city has long been proposed by some concerned sectors but this was eventually shelved.

According to the Council, the present public health emergency caused by the Coronavirus Disease 2019 (COVID-19) pandemic, coupled by the increased volume of garbage to be collected and disposed, had brought to fore the need to revisit the clamor of the concerned sectors to privatise all garbage collection in the city.

At present, the city government, through the City General Services Office, is charged with the collection of garbage from the city’s barangays and deliver these to the temporary waste transfer station in the Baguio Dairy Farm property.

The collected garbage is then hauled by the private hauler commissioned by the city from the temporary waste transfer station to the Urdaneta City landfill.

Since 2007, the city government had been hauling the city’s generated residual waste from the former Irisan dumpsite to the sanitary landfill of Metro Clark Sanitary Waste Management Corporation in Capas, Tarlac before this was transferred to the Urdaneta City landfill in Pangasinan.

Aside from venturing into the privatization of the city’s garbage collection and disposal, the city government is eyeing the put up of the proposed waste-to-energy plant in nearby Sablan town that should permanently solve the garbage collection and disposal woes of the Baguio-La Trinidad-Itogon-Sablan-Tuba-Tublay (BLISTT) area if this will be feasible.

Earlier, BLISTT local chief executives signed a memorandum of understanding for the conduct of a feasibility study for this waste-to-energy plant in a private property in Sablan town subject to the conduct of the required free and prior informed consent once the same will be feasible. By Dexter A. See

This post has already been read 918 times!TABUK CITY, Kalinga – With the voter’s registration extended, the Commission on Elections