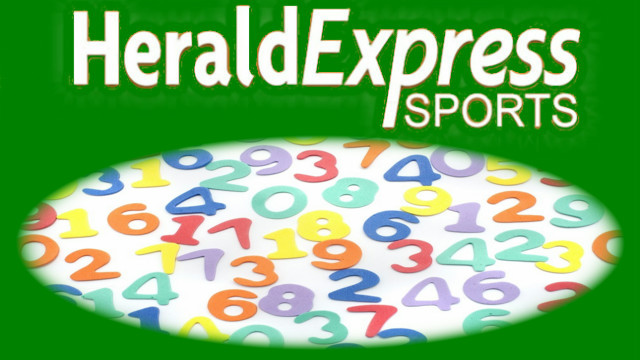 A number of record breaking performances in the cage happened last week. Here are some of those who etched themselves in record books:

This would be the obvious one as the whole world would probably knew of it. Russell Westbrook became the first in NBA history to average in triple doubles. He also did it twice in a row.

He became the second man behind Oscar Robertson to do it last year, earning him the Most Valuable Player of the season award. He also reestablished the season high with 42 TDs.

Going to the Oklahoma City Thunder’s last game of the season, Westbrook needed 16 rebounds to average a triple double.

By halftime, he already had 11, along with 12 assists and only 2 points. He eventually finished with 6 points, 20 rebounds and 19 assists, marking only the second time in his career he has missed a triple-double because of points.

Westbrook entered the season’s final two games needing 34 rebounds to round up his average to 10. He hauled in 18 against the Miami Heat then the career-high 20 against the Memphis Grizzlies.

With that Westbrook finished the season with an average of 25.4 points, 10.1 rebounds and 10.3 assists.

Last year, Westbrook earned MVP honors while leading the league in scoring with 31.6 points per game, third in assists with 10.4 per game and 10th in rebounds with 10.7 per game.

With the 137-123 win over the Grizzlies, the Thunder finish the season 48-34, locking the fourth seed of the Western conference and will have homecourt advantage over the Utah Jazz in the first round.

ABL’s most points scored in a single game

Renaldo Balkman barreled into the paint and dropped 46 points against Christian Standhardinger and the Hong Kong Eastern in game one of their Asean Basketball League semifinal series at the Southern Stadium.

His 46 becomes the new single-game playoff high in the ABL’s growing history, eclipsing the previous best of 45 points set by Justin Howard during the 2015-2016 season.

Balkman and the fourth-seeded San Miguel Alab Pilipinas escaped with a 98-94 victory to lead the series 1-0 as we go to press and would have the opportunity to send the top seed and defending champions permanently packing this season yesterday in Laguna.

June Mar Fajardo came out big in the final game of the PBA Philippine Cup Finals with 42 points and 20 rebounds but it was Chris Ross who might have a rightful claim on who had stuffed the stat sheet the most this night.

Ross wishes he would have another shot at a quadruple double but would exchange this two steals away stat from being the first ever quadruple double in Philippine Basketball Association history for the championship.