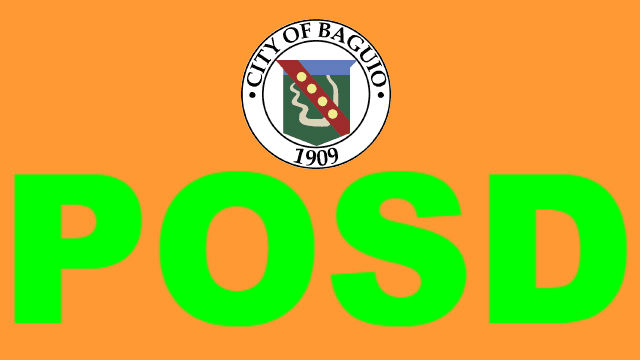 Sixteen Public Order and Safety Division (POSD) enforcers agreed to break their habit of chewing betel nut or “momma” as part of the reforms being instituted within their ranks.

POSD Security Officer II Darryl Longid said the POSD headed by Cyr Bagayao has introduced reforms to further professionalize and improve the image of the organization and these include prohibiting the enforcers from chewing betel nut during their work hours which include their one hour breaks.

“We are also encouraging our affected team members to kick the habit altogether as it is also an issue of oral health,” Longid said.

He said this is also to set a good example to the residents whom the POSD are serving in not only looking after their health but also in observing the city’s laws.

In 2018, there was a proposed ordinance to ban chewing betel nut and spitting the momma juice in public but this was not enacted.

Nonetheless, the city enforces Ordinance No. 54 series of 1988 which among others prohibits spitting in public. This was expanded in 2011 to require momma users to spit in containers.

To help the enforcers cope with the withdrawal symptoms and eventually quit the unhealthy habit, the POSD sought the assistance of the City Health Services Office to provide intervention programs that would allow the personnel to undergo counseling sessions and avail of authorized supplements like nicotine pastilles or others subject to the approval of physicians.

Longid said the CHSO was able to arrange with the Baguio General Hospital Psychiatry Department for the counseling on the management of momma dependence scheduled this month.

Health workers will also undergo orientation on the use of withdrawal aids so they can prescribe nicotine pastilles and others.

Longid said another project being pursued by the division is the use of social media to promote their organization, duties and accomplishments and have an added avenue for faster communication with the public.

12       12SharesThis post has already been read 551 times!The ongoing negotiations between the members of the city’s Public Private Partnership for