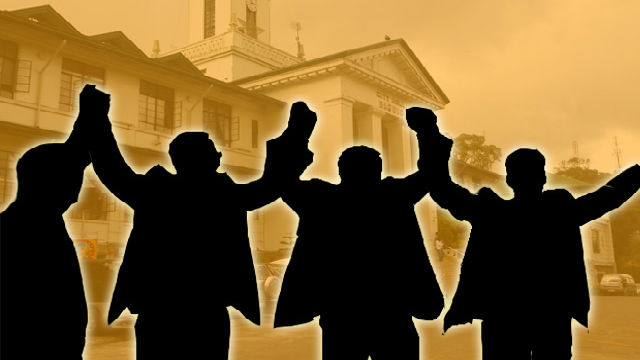 BAGUIO CITY  – A 48-year old poll watcher of an incumbent punong barangay was arrested by personnel of the city’s Public Order and Safety Division (POSD) when he was caught red handed illegally campaigning within the premises of a polling center during the May 14, 2018 synchronized barangay and Sangguniang Kabataan (SK) elections.

Based on their sworn affidavit, Madlon, Padsingan and Pag-a were at polling precinct number 0549, Rizal Monument, inside the Baguio Central School to vote at around 9:30 in the morning of May 14, 2018.

After casting their votes, the POSD personnel claimed they were about to go out of the polling precinct when they heard poll watchers who were in their side telling stories that alleged vote buying and illegal campaigning of certain candidates was being transacted among voters and watchers within the premises of the designated polling center.

After hearing these allegations which are prohibited under existing election laws, rules and regulations, the POSD personnel then observed the movement of individuals who might be engaged in the said prohibited acts so they can act in any event they see any violation.

Madlon claimed that a few meters away from the POSD personnel, he saw a person with his back against them discretely take some papers from his left pocket and handed it to a woman later identified as Susan Ortiz, 52, a voter of the said precinct and resident of Dalia St., QM subdivision, Baguio City and a secretary of Baguio Country Sounds who allegedly desisted in giving her formal affidavit as witness.

The POSD personnel then approached the suspect and Madlon took the alleged election materials from Ortiz and that the materials included the names of several barangay kagawads and the barangay captain.

The suspect was then invited by the POSD personnel to go with them to their office with Madlon explaining to him that his act was in violation of the pertinent provisions of the Omnibus election code.

The POSD personnel and the suspect went to the parking area of the polling center where they saw a police officer whom Madlon sought assistance and narrated the incident to him.

The POSD personnel added the police officer then restrained the suspect and they immediately proceeded to the Baguio City Police office (BCPO) Station No. 7 for the proper disposition of the case.