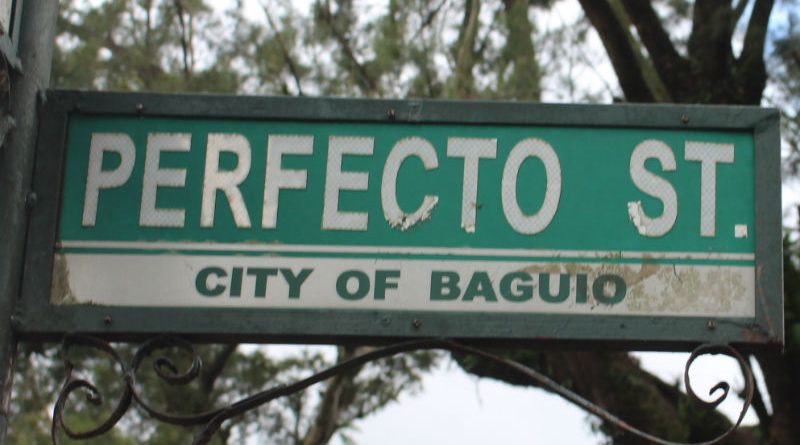 BAGUIO CITY – The City Council approved on first reading a proposed ordinance renaming a portion of Perfecto St. from its junction with Jose Abad Santos Drive to its junction with Harrison road ‘Margarita Fernandez Drive’ and for other purposes.

The ordinance authored by Councilor Betty Lourdes F. Tabanda states that the City Engineering Office (CEO) shall take the necessary actions to implement the renaming of the portion of the aforesaid road and install the necessary street signs to indicate the new name of the same.

The ordinance adds a copy of the city legislative measure once approved should be furnished the City Assessor’s Office, City Planning and Development Office, and other concerned government agencies for proper guidance and plotting in the official maps of Baguio City.

The ordinance stipulates the late Dr. Margarita ‘Itang’ Joven Fernandez, together with her husband, founded a vocational school named Centro Academy in 1945.

From its humble beginnings, the aforesaid school was later transformed to its present status as a university and is now known as the Baguio Central University (BCU).

The ordinance disclosed that in 1979, Dr. Fernandez became the first president of the university, and through her leadership, the same expanded its academic programs and infrastructure development to allow the higher education institution to cope with the current trends in the education sector of the country.

Being an educator and a born leader, the ordinance claims Dr. Fernandez achieved several awards, both local and international, which contributed to her fame, not bound to the confines of the university, but bringing honor to the city as a whole.

The ordinance emphasized Dr. Fernandez was also a known champion of women’s welfare, being a former president of the Baguio Federation of Women’s Clubs, among other significant accomplishments as a civic leader in the city.

The ordinance explains that her outstanding accomplishment as an educator helped achieve the city’s vision in achieving excellence in the field of education, bolstering the title of the city as the educational center of the north having held the title over the past several decades amidst the emergence of similar higher educational institutions in the different parts of Northern Luzon.

BCU is one of the well-known private education institutions in the city after the end of World War II that eventually saw the said institutions become the top performing universities and colleges for several decades now.

BCU has been able to cope with the emerging challenges that beset the country’s education sector and was able to ensure its compliance to the prescribed standards of higher education imposed by concerned regulatory government agencies on higher education institutions.

The proposed ordinance has been referred to the concerned committee for study and recommendation for action.

By Dexter A. See
Photo by AMB

This post has already been read 2386 times!The city identified some twelve priority investment areas that are expected to contribute in efforts