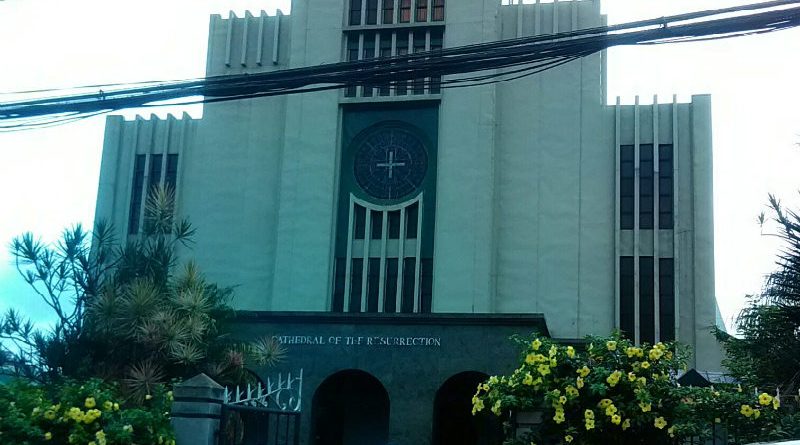 BAGUIO CITY  – Rev. Nestor D. Poltic, Sr. was formally installed as the 3rd Diocesan Bishop of the Episcopal Diocese of North Central Philippines (EDNCP) during the consecration and installation rites at the Cathedral of the Resurrection, Magsaysay Avenue, Baguio City last May 1, 2018.

Bishop Politic succeeded Bishop Joel Padchao who was previously installed as the Prime Bishop of the Episcopal Church in the Philippines.

The 50-year old Bishop was consecrated and installed by Prime Bishop Padchao with the attendance of retired and active Bishops of the Anglican Church, together with foreign bishops from the different Anglican churches in the different parts of the world.

Bishop Poltic was born and raised in Cabilisan, Pudong, Kapangan, Benguet and he was the third among eight children of the late Mario Balliw Poltic and Alicia Dagas Kuan Hen.

Poltic began his involvement to full-time church ministry as an intern at the St. Gregory Church in Loo, Buguias, Benguet in 1991 and was ordained deacon on March 18, 1992 at the St. Jude’s Parish in Bangao, Buguias, Benguias by then Rt. Rev. Artemio Zabala.

On June 3, 1993, Poltic was eventually ordained as a priest at the Ascension Church in Cabilisan, Pudong by the Rt. Rev. Joel Padchao and right after his ordination, he was immediately assigned at the St. Jude’s Aided Parish as Rector from 1993 to 2006.

After serving for 15 years as deacon and priest in Buguias town, Poltic was eventually assigned as Rector of St. Philip Clustered Parish in Lubas, La Trinidad, Benguet on April 23, 2006 and served the parish from May 1, 2006 to June 30, 2010.

Subsequently, Poltic was then called as Rector and Dean of the Cathedral of the Resurrection in Baguio City on July 1, 2010 which he held until June 30, 2015.

From July 1, 2015 to April 30, 2018, Poltic served as Rector of the Holy Guardian Agnel Parish in Pico, La Trinidad, Benguet before being named as the 3rd Diocesan Bishop of the EDNCP.

He was the vice chair of the Diocesan Council 2010-2014 and a member to other Commissions as well. He was also a member of the Board of Examining Chaplains from 2009-2017.

Poltic is the current chair of the La Trinidad Ecumenical Council of Churches and the religious sector representative to the La Trinidad Municipal Anti-Drug Council. He was also the previous vice chair of the Baguio-Benguet Ecumenical Group 2010-2015, a member of the Board of Directors of the EDNCP Credit Cooperative 2010-2017 and a convenor of the said organization.