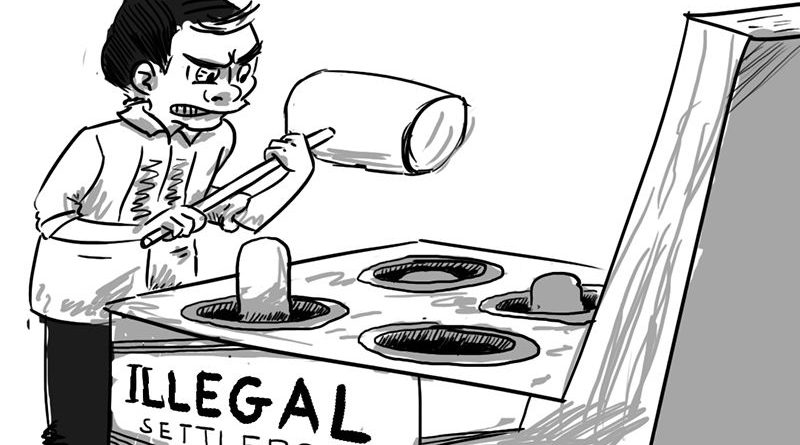 Rapid urbanization has been identified as one of the major reasons for the proliferation of informal settlers in urban centers around the country. People from the rural areas flock to the better developed areas to look for sustainable sources of livelihood. In looking for sustainable sources of income to help uplift the living condition of their families, migrants tend to invade publicly and privately owned lands that frequently result to squatting. Under existing laws, squatting has been decriminalized while another law allows the demolition of illegal structures that were erected on public lands, until such time that there will be available relocation sites for the people to be displaced and provided that their structures were constructed before the end of March 1992. In some areas, informal settlers are allegedly being colluded by some politicians because they deliver to them the needed votes for them to continue to stay in power while in other places, informal settlers as they want to be called are evicted from the properties where they illegally built their structures because local officials have the political will to prevent the proliferation of squatting in their areas of jurisdiction.

The common problem created by the presence of informal settlers is that lands titled under the name of private individuals are eventually transferred to those who illegally built their structures on such private properties because the owner already gives up his right to the said property by allowing the informal settlers to purchase portions or the whole property. In other instances, private land owners tend to eventually lose their hard-earned properties to informal settlers because they are allegedly being harassed and intimated to surrender their claim over the property and eventually end up empty-handed. Informal settlers seem to be even favored by existing laws, rules and regulations because they even end up being rewarded because their squatted areas are often segregated from reservations and are eventually awarded to them in exchange for cheap purchase prices, among others.

Ironically, even watersheds are not spared from the proliferation of informal settlers who are even demanding for their relocation sites once they are subjected to demolition by the local government and concerned government agencies. Watersheds are beyond the commerce of man and habitation, thus, the construction of structures must be immediately impeded to prevent the primary sources of water for human consumption from becoming a haven of illegal structures that will surely compromise its purpose of being a watershed or forest reservation.

Baguio City has been hounded by numerous problems on the proliferation of informal settlers up to the extent that even government properties have been subjected to erroneous claims that are now undergoing serious litigations by the appropriate courts. One of the recent daring examples of obvious squatting is the case of the various portions of the Baguio Dairy Farm which is owned by the Department of Agriculture, the Lions Head area in Camp 7, the Benguet-Ifugao-Bontoc-Apayao-Kalinga (BIBAK) property along Harrison Road, and the numerous complaints on squatting over private properties around the city’s 128 barangays.

Further, there were also noticeable encroachments made by alleged ancestral land claimants and informal settlers in portions of the Busol watershed, Buyog watershed, Camp 8 watershed, John Hay watershed, Lucnab watershed, Sto. Tomas watershed and most especially the Crystal Cave watershed which is now inhabited by thousands of either legitimate titleholders or informal settlers.

We believe the decision of the local government, the Department of Environment and Natural Resources (DENR) and the National Commission on Indigenous Peoples (NCIP) to pursue the demolition of the 58 illegal structures that were erected over the 5,000-square meter BIBAK property along Harrison Road after a series of unwarranted and unreasonable postponements will definitely send a clear message that the government means business in ridding government properties from informal settlers who tend to even have the nerve to assert their ownership over such properties. The firm stand of the local government and concerned government agencies could also be depicted by the demolition of the hundreds of illegal structures that were erected over portions of the government-owned Baguio Dairy Farm. Although the demolition was held in abeyance because of untimely incidents that have transpired, the court should find the appropriate solution to pursue the dismantling of the illegal structures amidst tremendous political pressure to make the government’s anti-squatting campaign a reality, not a hoax.

We deplore human rights lawyers who continue to be protectors of squatters in some parts of the city. It should be emphasized that if the squatters have their own human rights, how much more for the legitimate land owners who are deprived of access to their private properties because of the existence of informal settlers who illegal built their structures over such properties.

It is also high time for the local government to conduct a sincere inventory of the structures around the city to ascertain those with building permits and those without, to allow the appropriate cases against building owners to take their course and to compel them to acquire the needed permits for their structures and legitimize their stay in their properties.