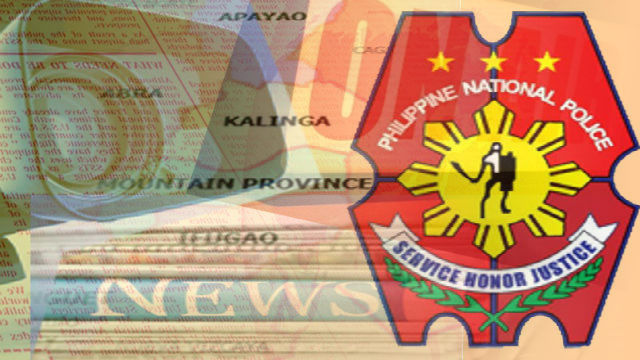 BAGUIO CITY– The Baguio Correspondents and Broadcasters Club (BCBC) challenged the leadership of the Police Regional Office (PRO) in the Cordillera to be transparent on its list of the more than 300 left-leaning individuals, including media practitioners, officials and employees from the government, for people not to be left in the dark and be surprised some day that there will be law enforcers knocking on their doors.

In a statement, the BCBC also urged the police to provide substantial legal basis why those individuals in their coveted list have been branded as leftist or left-leaning to give those accused the sufficient time to refute such unfair, baseless and probably fabricated allegations.

The BCBC argued that the police has not yet amply defined leftists or left-leaning individuals that allowed the law enforcers to craft their own list, thus, the doubts raised on the parameters that made them to conclude that media practitioners and government officials and employees are left-leaning.

In a recent pronouncement, the PRO-Cor claimed that it was able to identify more than 300 leftists or left-leaning individuals in the different parts of the region and that included in such questionable list are members of the media and government officials and employees who are simply performing their assigned duties and responsibilities.

Earlier, the Cordillera Regional Law Enforcement Coordinating Council (RLECC) passed a resolution on employing ‘tokhang’ style as part of the approach that will be undertaken against leftists or left-leaning media practitioners and government officials and employees that caused an uproar among concerned sectors of the society.

Aside from being an afront to the constitutionally guaranteed freedom of the press, the BCBC pointed that the same resolution is an abridgement of the freedom of the press since media has been categorically tagged and identified in the enumeration of the sectors to be subjected to the controversial ‘tokhang’ style and that the same resolution has wittingly branded members of media as a whole as left-leaning or simply communists without the benefit of due process of law.

The group also questioned the police for implementing the same this March and even prescribed the deadline for the completion of the ‘tokhang’ against leftists by the end of the month which is considered to be alarming as the conduct of ‘tokhang’ on the offices and residences of media people identified as leftists to tell them not to support the communist movement is invasive to the right to privacy of media practitioners if not outright insult and denigration of their person and function as members of the fourth state.

Further, the BCBC asserted that the identification of media as one of the sectors to be included in the ‘tokhang’ is a reprehensible assault on the nature of a free press and that if the government belies that an article is damaging to the authorities or that it promotes insurgency or communism, there are legitimate means to seek redress against it but not to suppress the exercise of the right to write or broadcast by knocking on doors to tell people to avoid being a sympathizer for the same is tantamount to the authorities being both a judge and an executioner bereft of the decency that must be accorded to journalists in view of the nature of their profession. By HENT