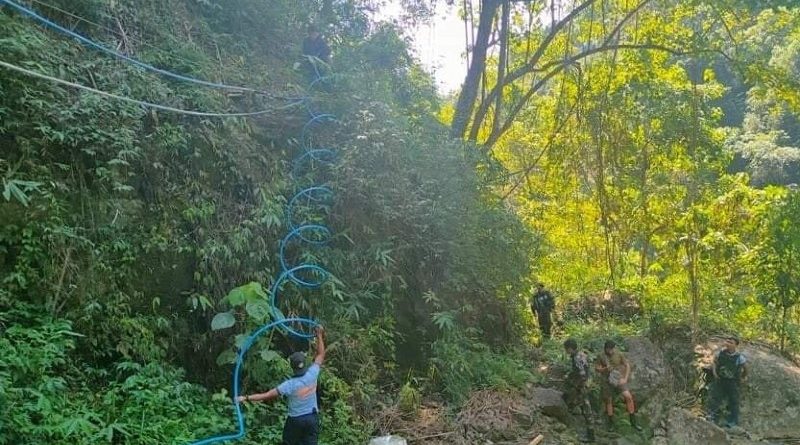 Due to the lack of piped water system, the residents of sitio  Gaogao in Barangay Dupag had always a hard time maintaining a steady supply of water for their homes, their elementary school and Barangay Hall.

For this reason and in line with the whole-of-nation approach in developing rebel-influenced barangays, the Tabuk City Police Station (TCPS) initiated a water work system project to improve the sitio’s access to water.

The project was started on March 6 and required the installation of 1.3 kilometers of water pipes from the main mountain water source. The installation was a joint effort of the personnel of PNP-Tabuk led by PLT. Ruben Balanoy, barangay officials of Dupag, Barangay Peacekeeping Action Teams (BPATs), police trainees, and soldiers of the Philippine Army.

PNP-Tabuk formally turned over the project to barangay officials in a simple ceremony on Tuesday, May 25.

Wailan said the barangay officials have  requested for another water work project for residents in the riverside who are also struggling to fetch and carry water on a daily basis.

For his part, Belly said they are aware of the problem and would have to craft another project proposal to be submitted to the NTF-ELCAC.