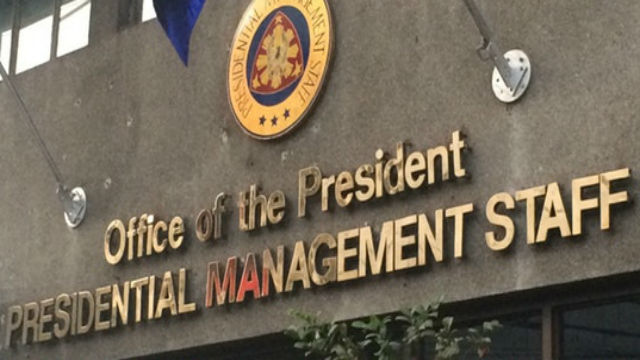 LAGAWE, Ifugao  – An official of the Presidential Management Staff (PMS) underscored that the Palace-based office is on top of all the engagements of President Rodrigo R. Duterte in the different parts of the country to ensure that the Chief Executive will be attending legitimate events organized by concerned government agencies, local governments and the private sector.

PMS Officer Nyza Grizhel Ragpa informed members of the Cordillera Regional Development Council (RDC-CAR) and Regional Peace and Order Council (RPOC-CAR) that all invitations to the President are being referred to them for vetting purposes before the appointments office of the Office of the President will process the same for the approval of the Chief Executive.

Ragpa represented PMS for the Cordillera Jonathan Ligligen during the joint RDC-CAR-RPOC-CAR meeting held at the Provincial Schools Division of the Department of Education in this capital town Monday.

Benguet Gov. Crescencio Pacalso said Ragpa’s statement was in reaction to the issues raised by the two regional bodies to the PMS on the alleged misuse by some individuals of the name of President Duterte in their self-serving campaign for federalism in the different parts of the region wherein they commit the attendance of the President even if the activity was not properly coordinated with the PMS and the Office of the President.

Pacalso claimed that the matter must be brought to the attention of the Chief Executive so that he will impose the appropriate punishments against those individuals who continue to use his name just to recruit willing individuals to join their federalism movement with the promise of enlistment to the police and military once the Cordillera will become a federal state because their activities and promises are not actually sanctioned by the Palace contrary to what they had been announcing around the region.

Earlier, the Kalinga Provincial peace and Order Council and the Benguet provincial board barred Jude Wal and Daisy Lee from conducting activities related to recruitment of members of the Cordillera Peoples Liberation Army (CPLA in their areas of jurisdiction because they are not recognized as members of the group apart from the fact that they were allegedly expelled from the organization.

Ragpa urged concerned government agencies, local governments and the private sector to bring to the attention of the PMS-in-charge their invitations for the President to attend special events in their places or validate with their office the veracity of any activity being done in their areas of jurisdiction with the President as there guest so that they will know whether or not the said event is sanctioned by the office of the President.

She claimed that part of the functions of the PMS-in-charge of the region is to vouch for the legitimacy of the organizers of events being conducted in his area of jurisdiction, especially that the invited guest is no less than the President, considering the enormous preparations involved. It can be recalled that Wal and Lee organized a federalism caravan in La Trinidad, Benguet and used the name of the President just to compel the attendance of government officials and employees but may were dismayed because of the non-appearance of Duterte. By Dexter A. See