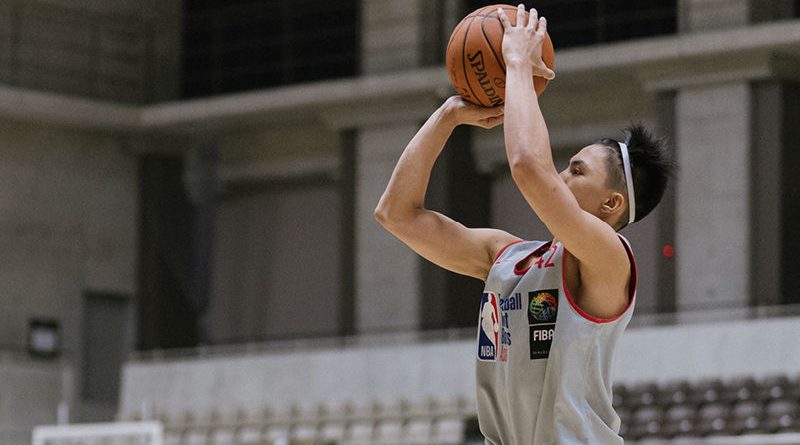 The event concluded in thrilling fashion as the 64 campers from 18 countries and territories in Asia-Pacific competed in playoffs and championship games, a 3-point contest, and a pair of All-Star games, which featured Batang Gilas forward Joshua Rafael Lazaro, Jr. NBA and Philippines All-Stars Alarcon and Florence Jil Talas.

The camp got underway in the morning with playoffs games to determine the championship games matchup.  On the girls side, the New York Liberty and the Los Angeles Sparks faced off in the championship game, with the Liberty (coached by former WNBA player Ashley Battle) coming away with a 33 – 18 win.

The boys championship game then followed, with the Orlando Magic, coached on the sidelines by current NBA assistant coach Pat Delany, defeating the Minnesota Timberwolves 22 – 16.

Upon the conclusion of the championship games, the boys and girls competed in the 3-point competition finals.  Mustafa Rashed from Bahrain was crowned the boys 3-point champion, while Japan’s Miyu Ogita came out on top on the girls side.

Finally, the two boys and two girls All-Star teams were announced.  The West All-Stars pulled out a win for the girls (29 – 23), while the East All-Stars emerged victorious on the boys side with a 42 – 37 win that saw Alarcon emerge as the Boys All-Star Game MVP.

The 11th BWB Asia camp wrapped up with the Awards Ceremony.  Junseok Yeo (South Korea) was named Boys MVP, while Georgia Woolley from Australia was crowned as MVP on the girls side.

The following is a complete list of All-Star rosters and awards winners: