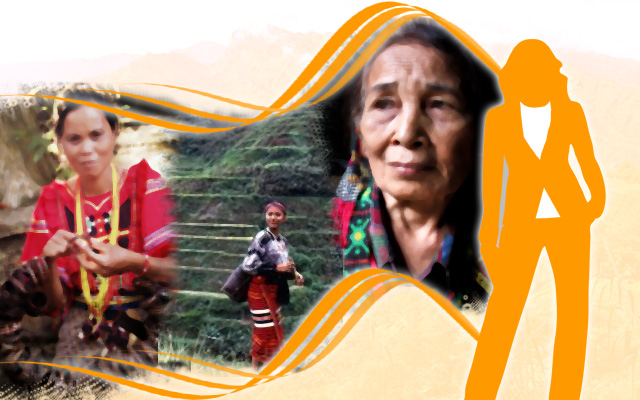 BAGUIO CITY – The Baguio-Benguet Chapter of Pilipina Inc., a civil society organization, gathered women leaders to oriented them on the ongoing pursuit of Cordillera autonomy in an activity organised by the  Regional Development Council Private Sector Representative Edna Tabanda of Pilipina Inc. last December 18 together with the Cordillera office of the National Economic and Development Authority (NEDA-CAR).

Tabanda said that more women should be involved in the advocacy to provide a different perspective and expand its reach to more diverse sectors of Cordilleran society. Autonomy advocate Atty. Tomas Kiwang said that in many Cordillera communities, women are regarded as culture bearers who ensure that traditions and ways of life are passed on to the next generation.

Kiwang presented the basic concepts and core principles of Cordillera autonomy, where he emphasized that autonomy is the opportunity afforded to Cordillerans and the Bangsamoro to determine their own development path. He stressed that such opportunity must be grabbed especially with the increasing local and national support.

Currently, there are three bills filed in Congress establishing the Autonomous Region of the Cordillera, Senate Bill 1232 filed by Senator Juan Miguel Zubiri, House Bill 5687 filed by all CAR Congressmen, and House Bill 7778 filed by Benguet Caretaker Congressman Eric Yap. With increasing support for Cordillera autonomy legislation, having a pool of advocates ready for information dissemination is crucial for attaining the ‘yes’ vote during the plebiscite.

12       12SharesThis post has already been read 643 times!The ongoing negotiations between the members of the city’s Public Private Partnership for