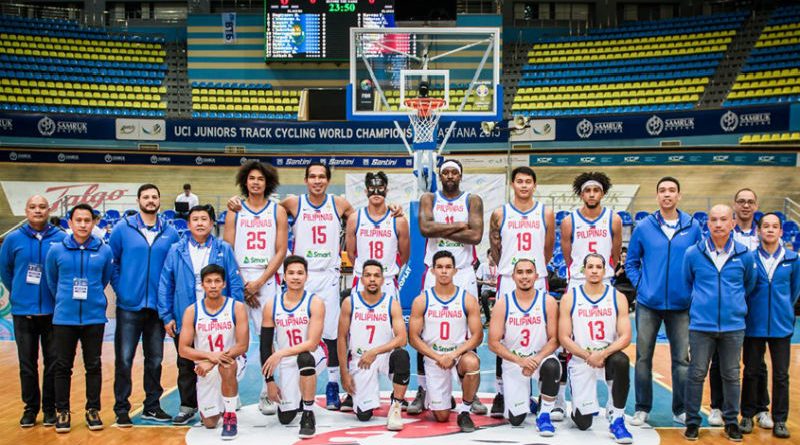 Dead hopes of Gilas Pilipinas making an appearance in the Tokyo Olympics got a new lease of life when New Zealand withdrew from the FIBA Olympic Qualifying Tournament 2020 in Belgrade, Serbia and FIBA immediately announced that the Philippines would take their place as the next best team from the Asia-Oceania Region in the FIBA Men’s World Rankings.

It will be recalled that Gilas was eliminated from contention when it failed to win any of its three matches in Group D competitions during the 2019 FIBA Basketball World Cup, a tournament serving as qualifier for the then 2020 Summer Olympics.

Gilas was walloped by Italy, 62-108, and Serbia, 67-126, despite the presence of Andray Blatche. They bowed out of the tournament with a heartbreaking 81-84 overtime loss to Angola, now ranked 32nd best in the world.

The games were then played at the Foshan International Sports and Cultural Center, in Foshan, China.

Upon completion of the tournament, only Australia, Iran, and Japan, as hosts, qualified for the Olympics as Asia-Oceana region representatives.

New Zealand, along with China and South Korea, were relegated to FIBA World Olympic Qualifying Tournaments.

According to FIBA’s website, the Philippines will be need to hurdle one of its toughest challenges since barging back into relevancy in order to see action at the Olympics.

The country, still ranked 31st in the world, is grouped with Serbia, ranked 5th in the world, and Dominican Republic, ranked 19th.

Gilas needs to place at least second after the single round games in order to advance to the semifinals where it would meet any of the top two placers of Group B composed of Puerto Rico, Italy, and Senegal.

The winners of the semifinals would meet in a do-or-die championship game for a ticket to the big dance.

The SBP has yet to announce its plans on who will compose the team and if Kai Sotto would be available and if Blatche, or perhaps Justin Brownlee, will be tapped for duty for this new opportunity.

The same goes with the eligibility of Jordan Clarkson playing as a Filipino or if he is going to be available at all.