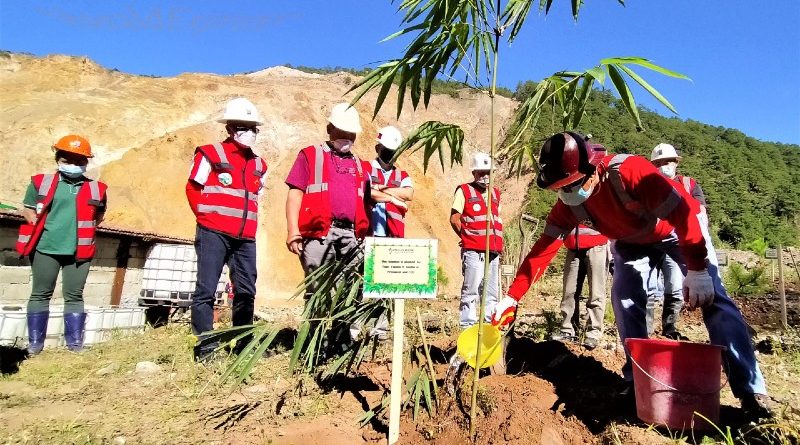 The launching of the mining company’s bamboo plantation site at the former subsidence area was led by Philex president and chief executive officer Engr. Eulalio B. Austin at its Padcal mine here.

Earlier, Environment Secretary Roy Cimatu ordered mining companies to establish their respective bamboo plantation sites within 20 percent of their active mine sites as part of their environmental preservation and protection efforts and in preparation for the expected significant increase in the demand for bamboo in the future.

The Philex official explained that the overriding principle that there will be bright prospects for bamboo because of the earlier program of the education department for the use of bamboo lumber for the school chairs, desks, among others where the same could be used as source of income not only for the people in the communities that have bamboo plantations and even mining companies which are envisioned to provide the stable supply of bamboo for the future needs of concerned government agencies.

However, Austin claimed that there are some issues being raised by concerned mining stakeholders on the recognition of government regulatory agencies on the bamboo plantation sites established by mining companies as part of their compliance to the reforestation component of the final mine rehabilitation and decommissioning plan (FMRDP) since bamboo is considered as a grass that is why appropriate inquiries are being done to shed light on the matter.

According to him, in the case of Philex, it already piloted the planting of bamboo on its rehabilitated tailings and No. 1 where the same are considered being fully grown ones beneficial in improving the current state of the environment in the said area.
Philex has always embarked on responsible mining as its guidepost in the conduct of its mining operations over the past several decades that allowed the company to gain recognitions in the various aspects of mining over the past several years.

Austin stipulated that Philex will continue to sustain its efforts to help preserve and protect the environment within its tenement area to ensure that it will be able to leave a legacy for its host and neighboring communities once it will end its mine life in 2024 as earlier projected so that the inhabitants will continue to reap the fruits of a good state of environment in the area.

From the earlier 2022 projected end of Philex’s mine life, the same was extended to 2024 after the review that was conducted on the company’s ongoing operations within its Padcal mine that paved the way for the additional 3 years of its existence in the said area, giving vibrance to the local economy not only of the municipality but also of the province as a whole. By HENT

This post has already been read 1712 times!LA TRINIDAD, Benguet – Benguet caretaker congressman and Anti-Crime and Terrorism through Community