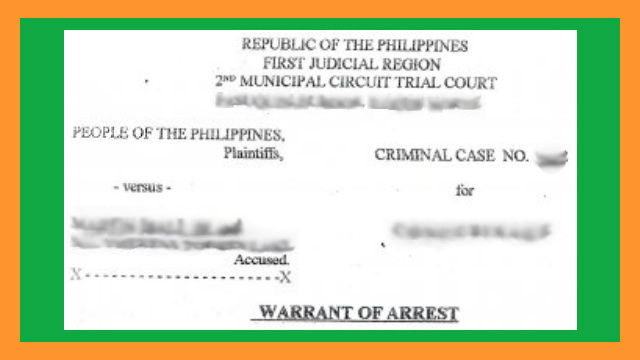 PEÑARRUBIA, Abra – The town’s No. 4 most wanted person facing frustrated murder charges in Abra and La Union was served a warrant inside the Bacnotan municipal jail in Bacnotan, La Union for similar charges, Saturday.

He was issued a warrant of arrest by Judge Charito Gonzales of the Regional Trial Court (RTC) Branch 58 in Bucay for frustrated murder with a recommended bail of P200,000 for his temporary liberty.

The inmates is detained at the Bacnotan municipal jail for frustrated murder charges that was filed before the San Fernando City prosecutor’s office recently.