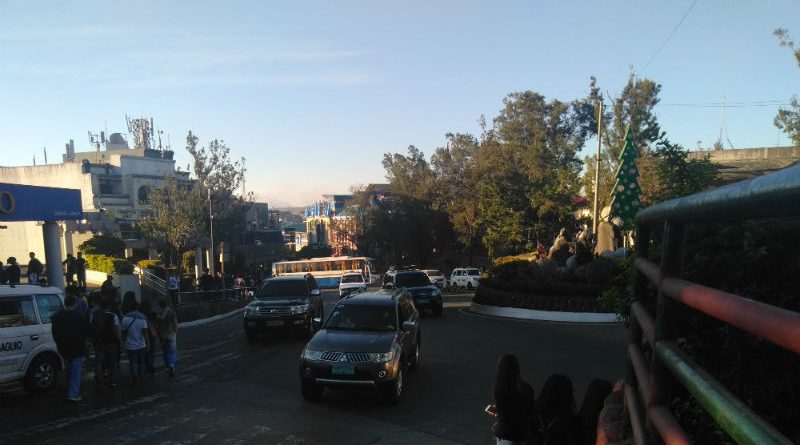 BAGUIO CITY  – Mayor Benjamin B. Magalong expressed his all-out support to the proposed pedestrian walkway at the junction of Gov. Pack Road and Session Road to help in ease the traffic congestion in the area and ensure the safety of pedestrians.

The local chief executive admitted that he already saw the conceptual and detailed plans of the proposed project and he was convinced that the realization of the long overdue project will contribute in efforts to ease the daily traffic jams in the area and ensure the safety of pedestrians considering that they will no longer have to cross the street to be able to go to their desired destinations in the said place.

“The most important thing to consider with the implementation of the project is its benefit in terms of safety to both the motorists and the pedestrians. I am convinced that the proposed pedestrian walkway will contribute in our efforts to solve the traffic problem in the area and address the safety issues of pedestrians,” Mayor Magalong stressed.

The put up of the pedestrian walkway in the junction of Gov. Pack Road and Session Road was proposed by the management of SM City Baguio over a decade ago as its contributions in easing the daily traffic jams in the area and to ensure the safety of pedestrians for they will no longer cross the street but the same was opposed by the Session road Businessmen Association and other cause-oriented groups.

However, Magalong claimed that the situation over a decade ago is totally different from the prevailing situation in the city that it is time for the realization of the project to help in addressing the major problems of the city.

According to him, the implementation of the project will be at the expense of the proponent that is why with more reason that it should be pursued because of its expected overall benefits to the city.

He said that he will discuss the matter with the members of the local legislative body for the local government to have a unified stand on the matter considering its expected significant impact in reducing the traffic congestions in the area and preventing pedestrians from being exposed to danger when crossing the road just to reach their desired destinations in the area.

The city mayor asserted the need to put in place the pedestrian walkway so that people will no longer cross the road jot to reach their desired destinations and to ensure the continuous flow of motor vehicles in the area considering that the junction of Gov. Pack Road and Session Road is one of the busiest roads in the city considering the enormous number of vehicles passing through the said area daily.

Earlier studies conducted by traffic authorities showed that one of the contributory factors in the occurrence of monstrous traffic jams in the area is the huge volume of pedestrians coming from opposite directions who cross the road aside from the absence of traffic personnel manning the flow of traffic in the said area.

Once the junction of Gov. Pack Road and Session Road is constricted, the situation extends up to the terminal of buses which makes it difficult for motor vehicles to maneuver that often results to monstrous traffic jams.