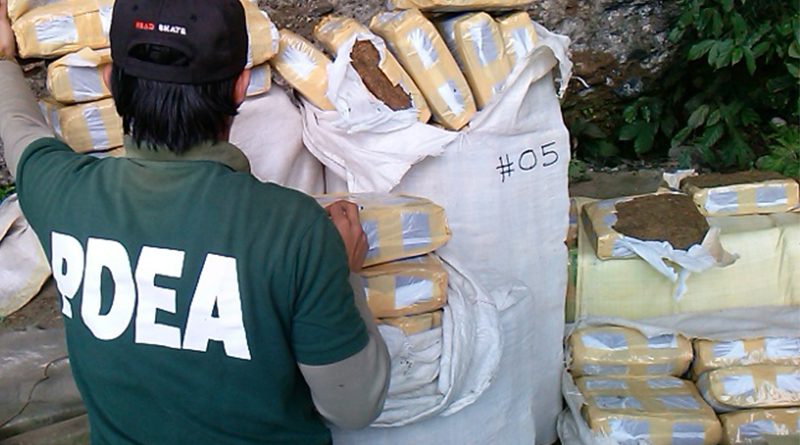 In an interview during the ASEAN 2017 Youth Forum at the Kalinga Astrodome, Atty. Joseph Calulut of PDEA-CAR revealed there is a resurgence of drug activities, particularly in the sale and use of dangerous drugs, observed in the province. “There are incidences where marijuana is being transported out of the province while shabu is being brought in,” the Information Officer of PDEA-CAR explained.

The Regional Oversight Committee will convene anytime this month to tackle the resurgence of drug activities in Kalinga, among other matters. If the barangays fail to stop illegal drug activities, Calulut said that the ‘drug-cleared’ status of Kalinga will be changed to ‘drug-affected’. This will prompt PDEA to conduct another round of clearing operations. Calulut said that this may hurt the province’s chances to get the Seal of Good Local Governance (SGLG)  from the Department of Interior and Local Government (DILG).

The SGLG is awarded to provinces that comply with the DILG’s strict criteria. Kalinga is a four-time recipient of the award and has reaped the financial benefits that came with it. The province is now eyeing a fifth win and has already been evaluated by the SGLG Regional Validation Team in August. One of the criteria of the SGLG is that the province must have a drug-cleared status.

Calulut and other members of PDEA-CAR were in Kalinga on Wednesday to give a lecture on the drug campaign as part of the ASEAN 2017 Youth Forum. “The number of incidences involving drugs is very minimal,” Calulut said of the young people in the province. “Most of those we apprehended usually are involved in use and possession.”

During the ASEAN Youth forum, Serafina Tenenan of PDEA-CAR educated hundreds of college and high school students on the drug situation in Asia. One of the topics she discussed is the problem of drug-trafficking in Asia, saying that they have yet to receive a report of recruitment incident in Kalinga. She also presented a video highlighting the achievements of the war on drugs.