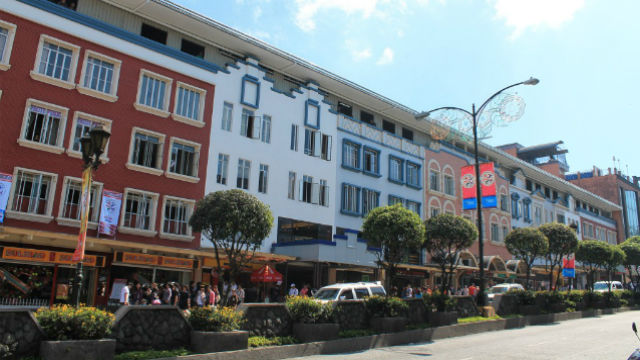 The Persons with Disability Affairs Office (PDAO) clarified that there is only one group of visually impaired persons that had been allowed by the local government to conduct their busking activities in front of an establishment along Session Road pursuant to Resolution No. 159, series of 2022.

However, PDAO head Samuel Aquino stated that the said group has yet to secure a special permit to conduct its busking activities in the designated area along Session Road from the City Permits and Licensing Division of the City Mayor’s Office which is one of the conditions outlined in the resolution.

For other similarly situated groups interested in busking in their chosen areas in the city, Aquino called on them to also seek a similar action from the city council and then secure the required special permit from the city government.

Aquino explained that Resolution No. 159, series of 2022, clearly identified the group that will be allowed to conduct its busking activities in a specific area along Session Road thus other similarly situated groups wanting to do the same should also seek the needed authority for the city’s legislative body to allow their activity in designated places.

Earlier, city officials requested the City Mayor’s Office through the Permits and Licensing Division to allow the particular group of visually impaired persons to conduct busking activities in front of AP-O mart along Session Road for a period of six months.

Under Resolution No. 159, series of 2022, city legislators claimed that the council adopted several resolutions similarly situated for newspaper stand vendors and watch repair proprietors to allow them to stay further until concrete relocation plans and arrangements for them in the city had been put in place by the concerned departments and offices of the city government.

The council pointed out that for humanitarian reasons, the visually impaired persons have been pleading that they be allowed to conduct busking activities in certain areas along Session road to earn income.

The body admitted that the visually impaired persons in the city are among the vulnerable and marginalized sectors greatly affected by the ongoing Coronavirus Disease 2019 (COVID-19) pandemic and during this transition period, they have been  conducting busking activities in front of AP-O Mart below Tea House at Session Road to augment their income as masseurs.

According to the council, this group is composed of individuals from the various barangays of the city who deserve to have a sustainable source of income.

Under existing rules and regulations, a special permit is only good for 3 months but the same is renewable depending on the existing situation in the area where the permitted activities covered by the permit are being done.

This post has already been read 3290 times!QUEZON, Nueva Vizcaya – Embattled indigenous peoples in this remote town are now