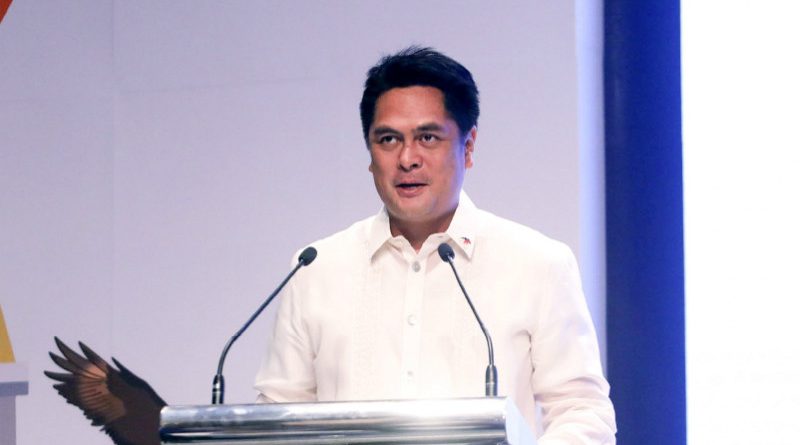 MANKAYAN, Benguet – Presidential Communications Operations Office (PCOO) Secretary Martin Andanar lauded the generosity of thousands of vegetable farmers in the town’s upland barangays for voluntarily donating their assorted vegetables to their fellow residents in the lowland barangays and other localities and organizations inside and outside Benguet that paved the way for people to survive the serious negative effects of the various levels of community quarantine to contain the spread of the dreaded Coronavirus Disease 2019 (COVID-19) .

During the regular Network Briefing media program hosted by Secretary Andanar and aired over the various traditional and social media platforms of the government, Mayor Frenzel A. Ayong brought to the attention the best practices of the people in the municipality that paved the way for them to survive the effects of the various lockdowns that were enforced over the past 9 months that allowed them to sustain their way of life amidst the recent surges in COVID cases.

The PCOO chief also hailed the municipal government led by mayor Ayong for rewarding the town’s upland barangays with brand new multipurpose vehicles that will be used to enhance the delivery of basic services to their constituents as an appreciation to the voluntary efforts of vegetable farmers in their areas of jurisdiction in donating their vegetable produce to the areas that need the food supply at the height of the Luzonwide lockdown.

The local chief executive narrated that at the height of the Luzonwide lockdown, several tons of vegetable from the town’s upland communities have been delivered to the municipal hall for free by the farmers who informed municipal officials and employees that the same will be given to the people who are in need of the supply for them to survive the effects of the pandemic that paved the way for the local government to be able to extend the said assistance to other localities and organizations inside and outside the municipality over the past several months.

He added that it is inherent upon Cordillerans to respond to the calls for help during difficult situations and the vegetable farmers were able to display such unique characteristic when the situation called for the spirit of voluntarism and charity to prevail over their personal gains and needs that allowed people and the greater part of the populace to benefit from their vegetable produce.

According to him, the multipurpose vehicles will be under the care of the barangay officials and will be used for whatever needs of the people, to deliver the needed services to the grassroots level and for the use in the delivery and pick up of modules to the students enrolled under the blended learning system of the education department.

Mayor Ayong explained that the provision of the multipurpose vehicles to the upland barangays will help in reducing the volume of requests for the use of vehicles from concerned residents addressed to the municipal government for the same to be issued for other equally important activities of the different offices of the municipality.

The upland barangays of the municipality that are vegetable-producing are Tabeo, Balili, Bulalacao, Guinaoang, Taneg and Suyoc-Palasaan while the town’s lowland barangays are the mining communities that host the operation of a large-scale mining company. It is located in the northwestern part of Benguet near the boundary of the province with Cervantes, Ilocos Sur and Bauko, Mountain Province. By HENT

6       6SharesThis post has already been read 2447 times!LA TRINIDAD, Benguet – The provincial government is studying the possibility of gradually