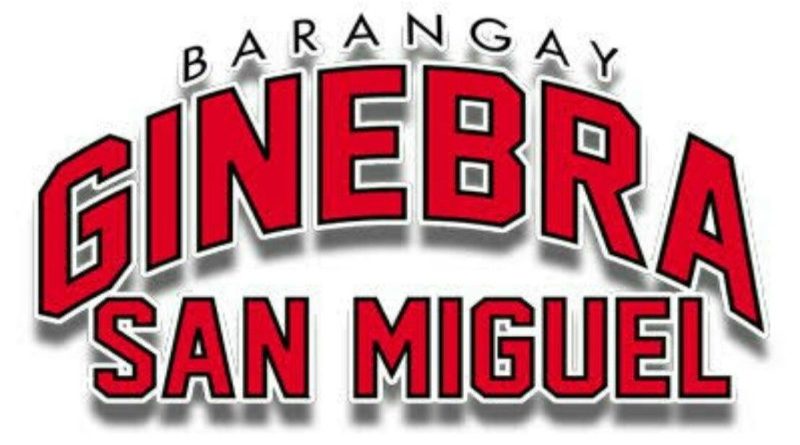 The recent Philippine Basketball Association trades that heavily favored San Miguel Beer and Talk N Text are probably not products of conspiracy. It’s not magic either.

While fans have the right to feel slighted by the way these trades favored the two main players in today’s PBA, history suggests that not all of these trades have the trading partners agreeing to make the SMC or MVP team stronger intentionally.

Due to winning a grandslam and being consistent championship contenders in the ‘90s, I will include Alaska in this group.

Firstly, the San Miguel Corporation, the Manny Pangilinan Group, or the Fred Uytengsu team managers did not wake up one day and suddenly became geniuses over their other counterparts.

It took them years of training, scouting and strategizing to build the winning tradition of their teams at some points in their PBA participation.

Their success is not like water falling from a waterfall. They have their own doses of massive failures as well.

They simply know and understand how to build a winning culture and make their teams desirable landing spots for PBA free agents. San Miguel Beer and Ginebra, in particular, have done this multiple times while Alaska had its magical run from 1994 to 1999.

Let’s start with Ginebra in this piece. See how it’s successes and failures in orchestrating three brilliant championship runs.

The Ginebra PBA franchise joined the PBA in 1979, starting then as Gilbey’s Gin then owned and founded Carlos Palanca Jr.’s La Tondeña, Inc. It was only in 1987 that San Miguel Corporation acquired La Tondeña to officially take control of the team.

Here’s how La Tondeña set up the table for San Miguel Corporation starting with a 1983 franchise-changing transaction:

1. They acquired Robert Jaworski, Sr. in 1983 and appointed him playing coach, effectively making him the undisputed leader of the team. He was basically responsible for the “never say die” mantra that is still identified  with the team to this day.

These combinations powered them to appear in five finals, winning the 1986 Open Conference over Manila Beer. It could be safe to say all their loses are reasonable as they were underdogs in all four of them. They lost to then powerhouses Crispa twice, Toyota, and Tanduay.

This culture continued during their title runs in the next few years under the San Miguel management although Ginebra’s campaign at that time, unfortunately, coincided with sister team San Miguel’s own magical run that included a grand slam in 1989.

Still, the Gins were able to snag two more titles, the 1988 Reinforced Conference and 1991 First conference while reaching the finals  five times from 1987-1991.

At the end this run, Ginebra captured three titles while appearing in the finals 10 times.

If one needs proof that building a dynasty is not always a given, just look  at this Ginebra squad. It could not duplicate its magical run in the next several years. Their succeeding roster combinations simply couldn’t sustain them a consistent playoff run. Compounding their woes was the fact that PBA teams have ran again into another grand slam achieving team in Alaska during this stretch.

They tried all sorts of combinations: from an assortment of bigs in EJ Feihl, Marlou Aquino, Noli Locsin, the Vince Hizon and Bal David combo, and the Jun Limpot-Vergel Meneses tandem. All failed to power the team to consistent deep playoff runs.

The team did win the 1997 Commissioner’s Cup and reached the finals three separate occasions but that’s far from what one would consider a dynastic run.

It took 10 years before they came up with a lineup that serious put fear to the hearts of other teams conference after conference.

The Ginebra Kings assembled this powerhouse by drafting Jayjay Helterbrand in 2000 and Mark Caguioa in 2001 as their foundation pieces.

Then they trade for Eric Menk in 2001, drafted Rommel Adducul in 2003, and trade for Andy Siegle in 2004 to sustain their title chase.

This made them serious title contenders and immediately resulted to back-to-back titles in 2004 season.

Shortly after, the Gins had to send a disgruntled Adducul packing in a trade but restacked their roster brilliantly.

During the 2006 off season, the team continued beefing up their lineup by a controversial trade that had them acquiring Rafi Reavis, Billy Mamaril and the rights to Rudy Hatfield and signed Johnny Abbarientos. The team also acquired Ronald Tubid midway through the season.

This resulted to two more titles, the 2006-07 Philippine Cup, and 2008 Fiesta Conference, at a time when the PBA went on its two-conference per year format.

All and all, this Big Three combination produced four titles in five finals appearances.

This deep roster should be in the running for the best all-time Ginebra lineup, with only the 2021 team possibly challenging then for all-time supremacy.

The only shame is this team hasn’t had more title runs and wins than what they actually won with the way things were setup. It was also a misstep by management not to allow this run to live a few more years by restacking the deck considering Caguioa and Helterbrand are still in the middle of their primes.

After injuries and age crept in to their superstars, Abbarientos, Seigle, Hatfield and Menk eventually left the team without capable replacements. The Ginebra  management’s failure to reload the roster resulted to another long title drought.

The team tried a new mixture that included Willie Miller and Kerby Raymundo in an effort to reload the roster and engaged in a quick turn over of coaches that included Jong Uichico, Siot Tanquingcen, Al Francis Chua, Ato Agustin, Jeffrey Cariaso, and Frankie Lim to reverse their fortunes.

All failed. The team did make the finals of the 2011 and 2013 Commissioner’s Cup but that’s remote far from being even considered pretenders for a dominating presence.

It was until a proven winner joined the team that a Ginebra dynatic run occured.

Let’s start on August, 2012 when Ginebra acquired LA Tenorio via a trade followed by Japeth Aguilar on June 2013 to set the table. They also drafted Greg Slaughter in 2013 for good measure.

Then critical pieces was added on July 2015 as San Miguel Corporation appointed Tim Cone, who tagged along Joe Devance with him, as the new head coach of the Barangay starting the 2015–16 edition of the Philippine Cup.

Then the potent lineup was completed by the drafting of Scottie Thompson during the 2015 draft and finding resident import Justin Brownlee, ironically, as a replacement import.

They already had Caguioa and Helterbrand rostered for a deep lineup.

It took a little while but the Barangay eventually broke the long title drought by capturing the 2015 Governors’ Cup on a memorable Brownlee shot.

This was followed by three more finals appearances in the next two years, including a repeat of the 2016 Governors’ Cup and winning the 2017 Commissioner’s Cup.

The buildup did not end there, though. Midway through the 2019 season, the team acquired Stanley Pringle for multiple players but without losing any key piece and snagged Jared Dilinger from the unrestricted free agent list.

This help the Barangay win two more titles, reclaiming the 2019 Governors’ Cup and winning the 2020 Philippine Cup, the lone conference held due to COVID-19.

If the Ginebra revival had not again coincided with another San Miguel dynastic run of its own, the trophy haul should have been more.

The Gin Kings, however, are not letting it up as they continue to stack their lineup with the right pieces. They finally dealt Slaughter for Christian Standhardinger during the 2021 offseason for a new combination that potentially could sustain the championship run for a while.