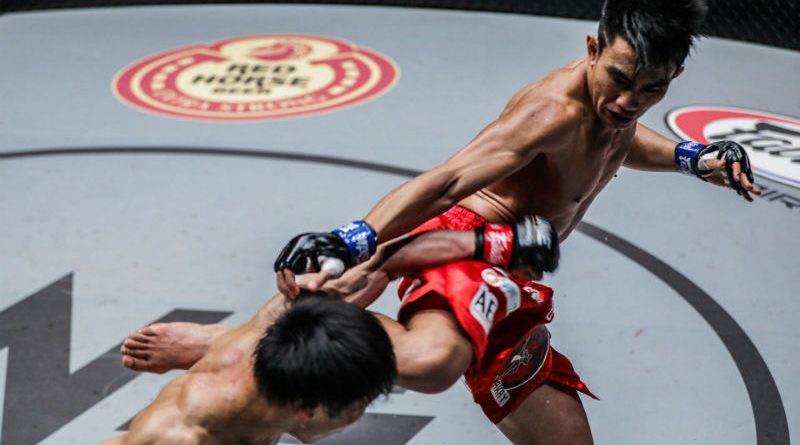 Joshua “The Passion” Pacio has wanted to settle some unfinished business with a Japanese rival, ONE Championship was too glad to oblige by ordering the third installment of a triology on September 24 to finally settle the score.

Yosuke “The Ninja” Saruta made noise in the straweight division with impressive victories in his last two bouts. These didn’t miss the watchful eyes of the reigning champion as he welcomed a third meeting between them.

The Japanese star was instrumental in putting a dent to Pacio’s record by dethroning him on January 2019, although in controversial fashion, via split decision.

ONE Chairman and CEO Chatri Sityodtong was not satisfied with the result and quickly ordered a rematch. His instinct were proven right as Saruta’s reign would be short-lived.

Pacio fired a knee to the head that found its target and knocked out “The Ninja” in the fourth round to be re-crowned just three months after right in front of his countrymen.

Many thought that was the end of this rivalry. Sityodtong confirmed this later that night when he announced there would be no need for an immediate trilogy after Pacio’s definitive win

Saruta proved him and everybody who thought his win over Pacio was a fluke wrong.

Since that fateful night at the Mall of Asia Arena, he rebounded nicely to take over the #1 contender spot. He knocked out Pancrase Champion Daichi Kitakata and routed #2-ranked Yoshitaka “Nobita” Naito via unanimous decision.

“It would be amazing if a trilogy takes place. We know each other well, we’ve faced each other twice. He knows my style and I know his. I think whoever’s improved the most since that second fight will win,” the 25-year-old titleholder said last June.

He is getting his wish. Sityodtong personally confirmed that the title match will be part of ONE: Revolution, to be held at Singapore and be broadcasted live.

Pacio had been creating his own noise since reclaiming the title on April 2019, matching Saruta’s invincible looks with an sensational run of his own.

Pacio defended his belt twice against top contenders in bouts held at the Mall of Asia Arena.

He took out compatriot Rene Catalan, then the No. 3 contender, on November 2019 via arm-triangle choke in the second round.

Then he edged out Top 5 contender Alex Silva on January 2020 by split decision before COVID-19 shut practically the entire world down.

“I think I’m leveling up, but at the same time, he’s also improved. I’ve seen him beat Naito and he was really impressive. “Of course, his confidence is rising, but my job as a World Champion is to improve more, to improve better than your challengers.” said Pacio

Pacio, one of the most complete fighter of the promotion, is tagging a 17-3 MMA record going to this bout, five by knockouts and nine by submissions.

He is 7-1 in his last eight fights, all under the ONE banner.  Five of these ended prematurely; two knockouts, one  a kick to the head and the other a spinning backfist; and three submissions, one by the hammerlock christened “Passion Lock”, one by rear-naked choke, and one by arm-triangle. Add another one by unanimous decision to the proofs of his being a well-rounded fighter.

Meantime, Saruta is carrying a 21-9 win-loss record coming into the fight. He is 5-1 in ONE fights.

Their title fight promises to be an exciting one, as both men clearly on a high momentum.

On the other hand, two other title fights will co-headline the event.

ONE Lightweight World Champion Christian “The Warrior” Lee will defend his belt against third-ranked contender Ok Rae Yoon in the main event.

ONE Bantamweight Kickboxing World Champion Capitan Petchyindee Academy will defend his crown against French-Algerian veteran Mehdi “Diamond Heart” Zatout also in one of the main bouts.

This post has already been read 4227 times!The city is looking for a private entity that is willing to partner