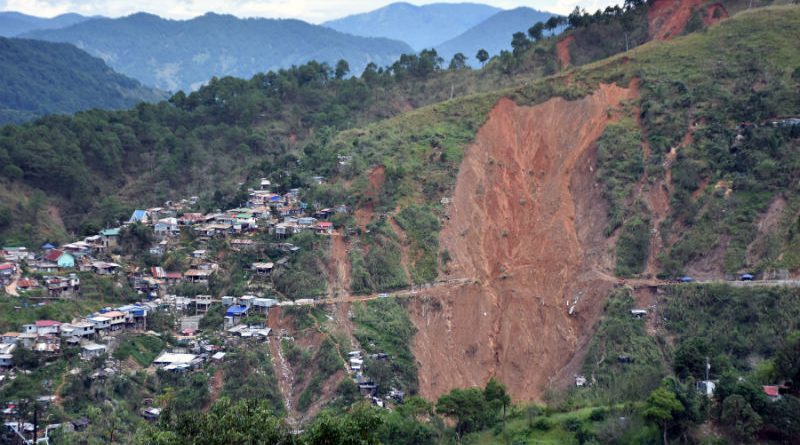 ITOGON, Benguet – The municipal government proposed to the Benguet Corporation (BC) the put up of an eco-park in the mining company’s Level 070, the area where the tragic landslide at the height of Typhoon Ompong transpired to turn it into a tourist destination.

Mayor Victorio T. Palangdan stated that the plans for the proposed conversion of the landslide-prone area into an eco-park was already submitted to BC for information, guidance and further needed action.

However, he admitted that BC management has yet to submit to the municipal government its response to the proposal that will guide municipal officials on how to realize the project that will provide visitors with new attractions in the municipality.

On September 15, 2018, a huge landslide caused by the heavy rains and strong winds of Typhoon Ompong resulted to the untimely demise of hundreds of small-scale miners and inflicting injuries to dozens of others who were inside a bunkhouse serving as their evacuation site at Level 070, Ucab here.

Palangdan pointed out that the conversion of the landslide-prone area to an eco-park will help in mitigating the aforesaid problem, help in the preservation and protection of the environment and contribute in efforts to provide alternative livelihood for the people displaced by the tragic landslide incident.

The mayor admitted that since the tragic landslide incident that occurred over 2 years ago, the economic activities and livelihood of the people in the municipality were never the same due to the temporary suspension of the small-scale mining activities of thousands of pocket miners thus the municipal government and concerned government agencies are striving to provide people with alternative sources of livelihood for the meantime, but there are delays in their proposals with private partners delaying plans for the displaced workers.

Worst, the present Corona Virus Disease (COVID) 2019 pandemic has aggravated the situation of the town’s pocket miners thus representations were made to the concerned government agencies and the private sector to help provide sources of livelihood for the heavily impacted people from the different barangays.

Earlier, Palangadan allowed the opening of the town’s resorts to residents of Baguio and Benguet as part of the ongoing efforts of the municipal government to ease up on the restrictions and allow people to start moving around and for resort owners to be able to recover after having been closed for more than 9 months since the implementation of the Luzonwide enhanced community quarantine in March.

The mayor appealed to resort goers to ensure their adherence to the prevailing basic health and safety protocols to help contain the possible spread of the deadly virus that might cause the eventual temporary closure of the resorts that will affect efforts to recover from the pandemic.

This post has already been read 1276 times!It’s a rare sight to see Team Lakay fighters seethe and seemingly lose