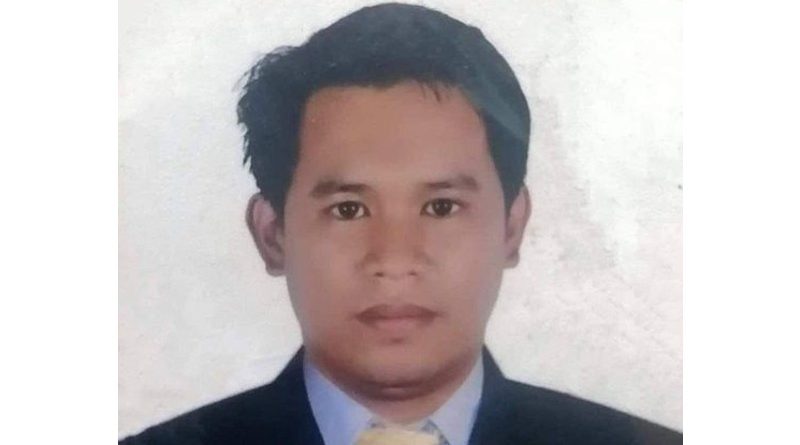 Teresita Fesway, mother of Merton Fesway, a PDEA agent assigned in Pampanga who went missing since June 25, 2021, stated that their family needs all the help to locate the whereabouts of her son and his fellow asset who also went missing after informing them of what happened to Merton.

She said that the family and Mountain Province officials who went to Pampanga several days ago to try to ascertain the missing agent’s where about are puzzled on the alleged failure of PDEA Pampanga officers and personnel to provide them with adequate information on the circumstances of her son’s sudden disappearance.

Worst, the delegation composed of members of the Fesway family, Bontoc municipal officials and tribal elders were simply informed that the PDEA Pampanga is simply awaiting marching orders from higher authorities on how to proceed and handle the case of their missing colleague.

Merton reportedly went missing after he went out of their office around noon of June 25, 2021 after he was believed to have been boarded by a van that left the PDEA Pampanga compound as per the footages of Closed-Circuit Television (CCTV) cameras that were provided to investigators.

On the other hand, Evelyn Miranda, an elder from Bontoc, claimed that the members of the delegation heaved a sigh of relief when they visited the regional office of the National Bureau of Investigation (NBI) in Central Luzon as ranking NBI officials gave them the assurance that the bureau will look into the missing PDEA agent’s case.

Miranda also revealed that the delegation was informed that Merton was a member of the team that raided a drug den operated by a dismissed police official who is reportedly influential in the said area.

The elder stipulated that another batch of concerned local officials, tribal elders and members of the Fesway family will be going down to Pampanga in the coming weeks if there will be no significant developments in the next few days to put pressure on concerned authorities to help locate the whereabouts of the Bontoc native.

Miranda expressed the delegation’s gratitude to Mountain Province Rep. Maximo Y. Dalog, Jr., the provincial government led by Gov. Bonifacio C. Lacwasan, Jr., the Bontoc municipal government headed by Mayor Franklin Odsey and the tribal elders of Bontoc and volunteers for their assistance that made the visit of the delegation to Pampanga successful in trying to gain headway in the search for the missing PDEA agent. By HENT