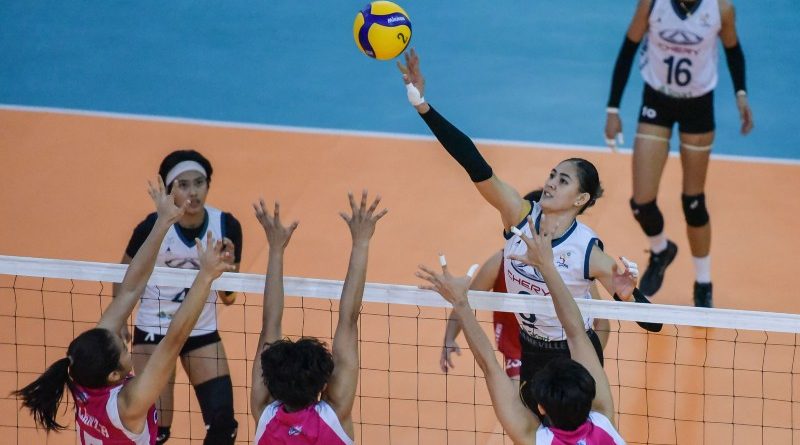 The loss of Manny Pacquiao to Yordenis Ugas showed how a minor change could become a critical factor to winning games contested at the highest level.

When the two opposing athletes or teams belong to the elite category,the situation demands paying attention to every details of the contest, even the smallest ones which may not be noticed in little leagues.

Every advantage one may get in any aspect becomes a key to winning a match.

The Pacquiao-Ugas bout was one of the cases where a minor tweak of things could have brought Pacquiao a victory. Just consider the tightness of the score cards. While all three judges had it for Ugas, one scored it just by one round difference, 115-113, and two had it by two rounds, 116-112.

The resolution of bout reminded me of the Premiere Volleyball League championship series between the Cherry Tiggo Crossovers and Creamline Cool Smashers just a couple of weeks ago.

For the first time in Philippine volleyball history, two of the best formed volleyball teams have finally met and the tightness of the games and matches have demonstrated how a small adjustment could spell the difference between winning it all.

In both Pacquiao and Cherry Tiggo cases, critical coaching adjustment proved the key to success.

Pacquiao and the Cherry Tiggo Six on the floor were busy doing their thing in their respective playing courts during the heat of the battle, so the responsibility of finding any sort of advantage fall to their coaches.

Chrerry Tiggo Head Coach Aaron Velez refused to be stubborn while Freddie Roach and Buboy Fernandez of Pacquiao’s corner were simply outcoached by their Ugas counterparts.

Velez and Cherry Tiggo knew they couldn’t just ran over the Cool Smashers and when it came to push and shove, a starting lineup change in the fifth set of the deciding Game 3 reversed their fortunes in grabbing the first ever professional volleyball league championship in the Philippines.

Cherry Tiggo and Creamline were the perfect opposing teams for the 2021 PVL Open finals.

Creamline’s a mainstasy of the PVL and was its perennial champions. Even though new championship contending teams have entered the league this year, they showed they were not pushovers by breezing through the eliminations, suffering only one loss.

Cherry Tiggo, on the other hand, was often classified by pundits a championship pretender during their days in the Philippine Super Liga due to rostering the deadly Santiago sisters but unable to consistently reach the championship rounds. They were often held in high regard but couldn’t hold their end of the bargain.

They has a few struggles in the eliminations but caught fire towards the final stretches of the tournament to end up with just two loses, getting the second seed.

One different thing noticeable was they also became the comeback queens of the tournament as displayed by their resiliency not to give up on games when they fall behind, even by big margins.

Their narratives were the perfect storyline for the finals. And by fate, it played out like their respective stories.

Creamline ousted Petro Gazz in two games to reach the finals while Cherry Tiggo had to pass the longer route as it lost the first game to Choco Mucho badly, 0-3, before taking the next two in impressive fashion, both 3-0, to advance.

The Crossovers again lost close first game to Creamline, 2-3, before coming back in the next two, 3-1 and 3-2, to bag the championship.

In the tight battle like this, every little thing counts. Cherry Tiggo coach Aaron Velez did his part to swing the championship series to their favor. His act maybe unnoticeable to many but it was a big deal.

During the fifth set of Game One, he made a blunder that probably cost his team the game. He started the set with Jaja Santiago on the bench. As sound a strategy that was and had its own pros, his team quickly found themselves down by six points before his top player finally hits the floor. The lead was too big that Santiago’s late presence on the floor couldn’t prevent the loss.

He was given another chance to be in the same situation and his play this time didn’t disappoint.

The same scenario played out in Game 3 and he dispatch Santiago to start the set this time. His team was up by six when his top player hit the bench due to player rotation. They didn’t have any problems maintaining the lead. Santiago would seal the championship as they were still up when she had her turn on the front.

In the spirit of Velez’s adjustment, it was  a wonder what Roach and Fernandez were thinking when Pacquiao continues to absorb crisp counter punches from Ugas round after round after round. They knew what Ugas brings to the floor and never underestimated him from the time it  became known as their opponent.

To see the fighting Senator play each round with the same strategy that was clearly not working was confounding. His two proven coaches’ failure to adjust his being counter hit with pinpoint accuracy spelled his downfall.

There is no going around the bush here. Roach and Fernandez were outcoached by their counterparts in a fight where their services could swing the tide in favor of their fighter.

It was never hidden from them that Ugas is the taller fighter, had a longer reach, and was a counter puncher. Ugas maximized these advantages to the hilt.

Well, it was stated that Pacquiao’s legs cramped starting the early rounds, diminishing whatever speed advantage he has. Still, solving the distance and reach problems should have been dealt with whatever resources available to Team Pacquiao during the round breaks.

Pacquiao would have surely loved to hear some adjustments under the circumstances from his coaches when he felt Ugas’ mitts hitting his face too often.

This post has already been read 1005 times!The city is not yet inclined to open inter-regional public transportation to avoid