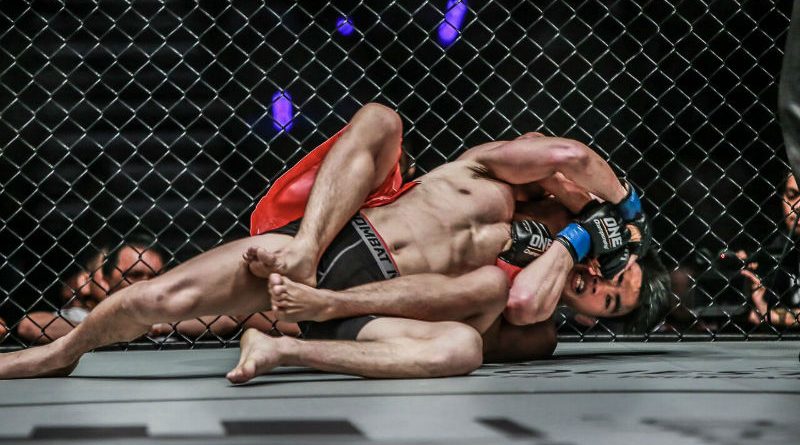 Joshua “The Passion” Pacio dealt his debuting opponent a taste of ONE competition by turning in a quick submission victory during the ONE: Global Superheroes held last January 26, 2018 at the Mall of Asia arena in Pasay City to record his second consecutive victory and hopefully get going of another winning run.

Pacio, according to pre-event reports, was quoted to have predicted of dispatching his replacement opponent, Lan Ming Qiang, by a first round rear-naked choke.

That’s what he exactly did, forcing the Chinese Sanda Champion to tap at 4:01 of the very first round.

Lan started the bout by connecting with low kicks. Pacio, however, caught Lan’s leg, and quickly tumbled his opponent to the ground from the clinch.

From there, “The Passion” dictated proceedings at the dominant positions to land punches, elbows, and knees.

As Lan turns to avoid the attacks, Pacio secured position in his back to set the rear-naked choke. Lan tried to protect his neck but a punch to the liver paved way for Pacio to lock his arms for the tap out.

The submission move was a nice bounce back for Pacio, using a move that he fell victim to in his only two losses to secure the win. Two Japanese, Yoshitaka Naito and Hayato Suzuki, use the same move in putting dents at Pacio loss counts.

Pacio originally was supposed to face unbeaten Pongsiri “The Smiling Assassin” Mitsatit in the co-main event but the Thai was forced to withdraw due to an injury just a week before the bout paving way for Lan to make his ONE debut.