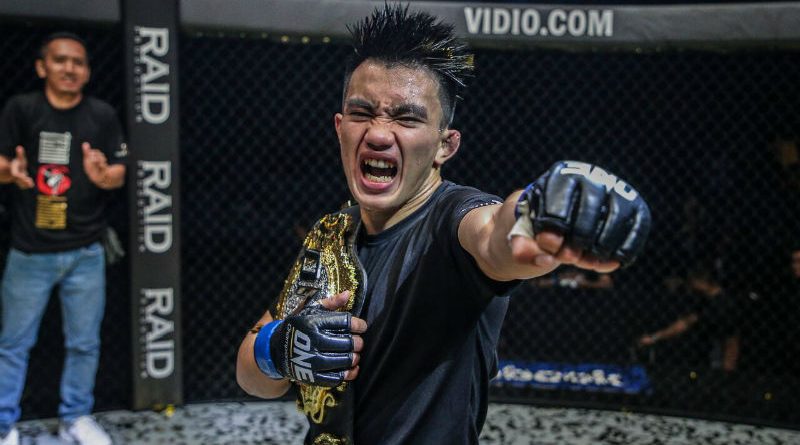 Undisputed reigning ONE Strawweight World Champion Joshua “The Passion” Pacio of the Philippines welcomes any challenger willing to step up to the plate, looking for a crack at his world title.

The 24-year-old Team Lakay standout admits he will be watching the next ONE Championship event very closely where former ONE World Champion and Lumpinee Stadium legend Dejdamrong “Kru Rong” Sor Amnuaysirichoke of Thailand will face China’s “Wolf of the Grasslands” Hexigetu in a three round mixed martial arts contest at ONE: REIGN OF DYNASTIES, scheduled for Friday, October 9 in Singapore.

See related story: Fil-Aussie Mclaren is only Pinoy ONE: REIGN OF DYNASTIES on October 9

Pacio, who holds his former foe in high regard, feels this bout is going to be a thrilling war.

“This is going to be a very explosive matchup, given the two styles. They are both very aggressive and like to lead the pace. Dejdamrong is a very experienced athlete with years of competition on his resume. Of course, he has some of the best standup in the world owing to his time in Thailand’s top Muay Thai circuits,” said Pacio.

“Hexigetu, meanwhile, is a very explosive and athletic fighter. That’s why I expect an exciting showdown between these two amazing athletes.”

“The Passion” faced Dejdamrong in March of 2017, winning by close split decision, so Pacio is extremely familiar with the veteran’s distinct style and characteristics.

Despite Dejdamrong already being 41-years old and in the right retirement age, Pacio feels the Thai warrior has enough left in the tank to beat Hexigetu and perhaps make his way back up the strawweight ladder.

“I don’t think age really matters that much as long as you still have that drive and desire to compete against the best,” said Pacio.

“Dejdamrong has that, and even more. I believe he wants to make another run at the title, and I welcome him. I think if he wins this fight, and he turns in an impressive performance, he can easily climb up the rankings.”

Dejdamrong and Hexigetu are among the headlines of ONE Championship’s next big blockbuster where, once again, the world’s greatest martial artists take the stage and showcase their incredible skills in the ONE Circle.

“What was tough about Dejdamrong was that you can immediately feel that he’s been in this game for a long time. He knows everything there is to know about fighting, and he’s a very technical striker. No doubt, he got all that from his time as a Lumpinee Stadium champion. He really is one of the greatest,” said Pacio.

“This is going to be a fun fight but I have Dejdamrong winning this one.”

This post has already been read 1997 times!LA TRINIDAD, Benguet – Benguet caretaker congressman and Anti-Crime and Terrorism through Community