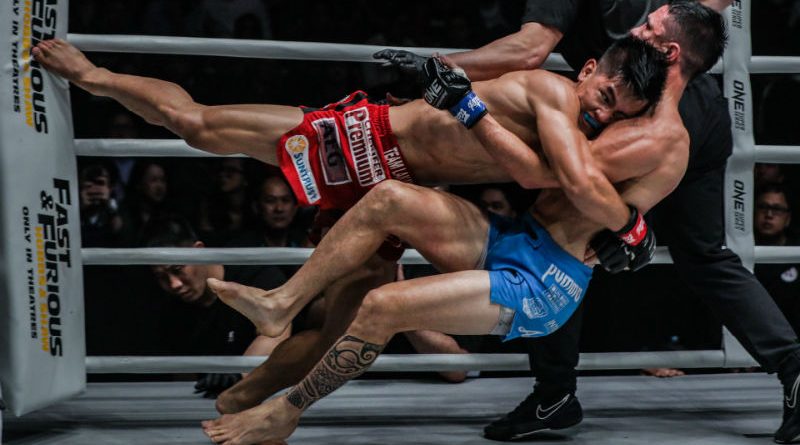 Kingad has not fought in close to two years. Yet his close friend and teammate Joshua “The Passion” Pacio is upbeat ring rust won’t be much of an issue for “The King”.

“A lot of people have been saying that Danny might deal with ring rust because he hasn’t fought in a long time. But he never stopped training and actually, I believe that the time which was more than a year that Danny spent away from the cage even made him better because he put in the work”, the reigning ONE Strawweight World Champion  said.

Inactivity is a dangerous thing for combat sports athletes, especially at the highest level. True enough, that layoff has casted doubts on the ability of the 26-year-old to still be at his best, all the more as he prepares for former ONE Flyweight World Champion Kairat “The Kazakh” Akhmetov.

But despite being away from competition for an extended period of time, Kingad is expected to return to action just as good as he was when he last stepped inside the Circle.

The second ranked ONE Championship flyweight contender and Akhmetov square off in the main event of ONE: WINTER WARRIORS II, a previously recorded event from the Singapore Indoor Stadium set to broadcast via tape delay on December 17.

Kingad’s last fight came at ONE: FIRE & FURY back in January 2020, when he scored a unanimous decision win over Xie Wei of China. There, the Filipino showed that he still belonged among the elite in the flyweight division with a masterful performance.

Although fans have seen little of Kingad since then, the whole of Team Lakay has witnessed the determination that their peer has had in his training camp.

“Everyone in the gym saw how much improvements he’s had as a martial artist. Danny wants to prove that he’s ready for primetime and he can’t wait to mix it up with some of the best in his weight class,” assured Pacio

Pacio, himself, dealt with the same doubts in the lead up to his match against Yosuke “The Ninja” Saruta at ONE: REVOLUTION last September.

Yet Pacio ended up dominating his Korean foe and scoring the first round technical knockout win to successfully retain his ONE Strawweight World Championship in his first fight in 20 months.

That’s why one can’t fault Pacio for exuding in confidence that Kingad could also do the same in his own return to the ONE Circle.

“When I say Danny has made lots of improvements, it means that he still has a lot to show for the fans. And when he has said that he has a gift for Kairat, he’s really intent to show that because he still has a lot of weapons in his bag,” Pacio said.

Kingad currently carries a 14-2 MMA fight career record. His two losses are to the men above him in the rankings, reigning ONE Flyweight World Champion Adriano “Mikinho” Moraes during his eight career and fourth ONE bout; and  Demetrious “Mighty Mouse” Johnson during the ONE Lightweight Grand Prix.

Akhmetov is no pushover either. He counters with a better 27-2 win-loss record. His two losses, however, came under the ONE Championship banner where he logged a total of seven fights.

He had two matches each against Moraes and Team Lakay’s Geje Eustaquio. He won the front end of both rivalries but lost the rematch. All but one had a title at stake: he won the ONE flyweight championship after beating Moraes, lost the same title in the Moraes rematch, and the interim flyweight title was on the line when he lost to Eustaquio. In addition, the Moraes rematch was a title unification bout.

Kingad is one of four Team Lakay athletes fighting on the ONE: WINTER WARRIORS II card.

Former ONE Bantamweight World Champion Kevin “The Silencer” Belingon returns to the ONE Circle when he meets “Pretty Boy” Kwon Won Il, while making their promotional debuts ONE Championship are Stephen “The Sniper” Loman, who will face Yusup “Maestro” Saadulaev, and Jhanlo Mark “The Machine” Sangiao, who will take on Paul “The Great King” Lumihi.