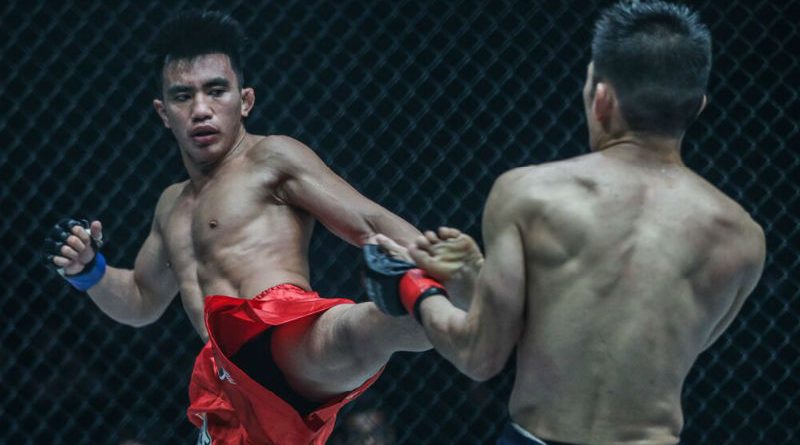 When ONE Championship showcases its first live event in 2021 in Singapore on 22 January, Lito “Thunder Kid” Adiwang will be taking center stage as a participant in one of the cards in ONE: UNBREAKABLE against Japan’s Namiki Kawahara in a MMA strawweight bout.

Reigning ONE Strawweight World Champion Joshua “The Passion” Pacio will be a focused spectator like the rest of the Cordilleras on this particular match-up.

In fact, he gave his take to ONE on the combatants in this bout who could become on of his rivals for the title someday. Here’s his interview with ONE:

Q: What is your opinion on this matchup?

Pacio: “For me, this Lito Adiwang versus Namiki Kawahara is definitely a good match up. I think a lot of the fans are going to be entertained. It’s a good clash of styles and will be interesting to see who can impose his will. Of course, I have full confidence in my brother that he can take home the win. But if you ask me, I think the people are waiting for a rematch between Lito and Hiroba Minowa. That’s a fight that fans have been asking for since the controversial split decision last year. Even I’m super excited for that match. They have to run it back.”

Q: Do you think Namiki Kawahara is Lito’s toughest opponent yet?

Pacio: “At Team Lakay, we treat every opponent like the toughest we’ve ever faced. Honestly, I think Lito has faced tougher opponents than Namiki Kawahara, but we didn’t go into training camp with that mindset. We never underestimate our opponents. Lito is fully focused on facing the most dangerous fighter he’s ever faced. He’s completely ready for this matchup. I see Lito train every single day in the gym, wearing his heart on his sleeve. I know how hard he works and what skills he has. There aren’t many people who can match him strength for strength.”

Q: How do you think this fight will go? What is your prediction?

Pacio: “Lito will be prepared for anything Namiki Kawahara brings to the table. He’ll be fully prepared for any situation. Here at Team Lakay, we learn from our losses. We treat them as good experiences. Lito has levelled up his game and he’s ready to showcase how much better he’s gotten since his last fight. I think Lito wins this one by explosive knockout. Lito always comes to fight and he’s always looking for the finish. He wants to give fans a good show. I’m excited to see this matchup.”

Q: Why do you think fans want to see a rematch between Lito and Minowa?

Pacio: “A win is a win, I guess. Minowa won, yes, but it wasn’t a clear victory. It’s still different if you can clearly win a match. The majority of fans I’ve talked to thought Lito won. I did too. The only way to prove that is inside the Circle. That fight was too close to end just like that. I think after Lito beats Namiki, a rematch with Minowa is a must. Everyone in the Philippines is asking for it. We all know what Lito is capable of. You may think you’ve seen the best of Lito Adiwang, but I tell you the best is yet to come.”