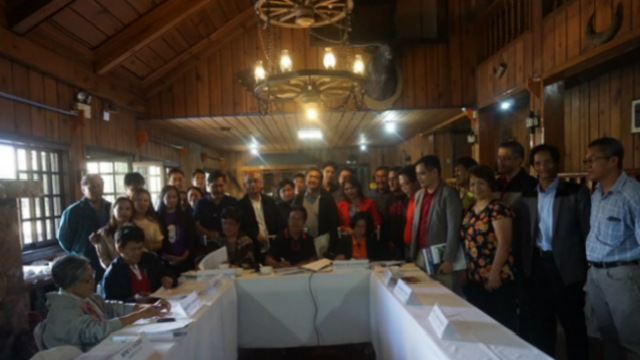 I-BUILD Component Head Engr. Gaston B. Cael explained that these subprojects were previously approved by the RPAB. However, the proposals need to be updated due to the new guidelines imposed by the Project as to World Bank recommendations.

Considering the changes that were made, RPAB Chair and Regional Executive Director Narciso A. Edillo advised the LGUs to comply with the needed requirements the soonest to facilitate immediate approval.

“Take advantage of this Project even with its stringent process and requirements because if others can why can’t you,” he added.

During the RPAB meeting, it was noted that some structures were removed and FMR project lengths decreased. However, the proponent LGUs assured that the changes did not have an adverse effect on the Road Influence Area (RIA) of the proposed subprojects.

Meanwhile, Department of Trade and Industries (DTI) Provincial Director Freda M. Gawisan said that the presentations clearly showed the importance of the proposed subprojects which are vital to the development of the communities.

Upon the endorsement of the subprojects, Engr. Cael advised the LGUs to fast track compliances once recommendations will be given by the Project Support Office (PSO)/ National Project Coordination Office (NPCO) prior to the issuance of No Objection Letter 1 (NOL1). He also said that these subprojects will still be prioritized based on technical and economic viability and other related socio-economic indicators.

The RPAB is tasked to review and endorse all subprojects at the regional level and provides advisory and guidance to improve project performance. It is chaired by the DA-CAR with members: Department of Environment and Natural Resources (DENR), Department of Interior and Local Government (DILG), Department of Agrarian Reform (DAR), Department of Public Works and Highways (DPWH), Department of Trade and Industries (DTI), National Commission on Indigenous Peoples (NCIP), and the Regional Agri-fisheries Council (RAFC).